Couric’s Hanging (on) with the Big Boys 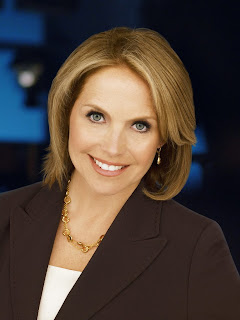 In 1981 Walter Cronkite signed off for the last time with his famous, “And that’s the way it was,” passing the baton to Dan Rather. After 24 years of Dan, CBS had some big shoes to fill. They shopped around and settled on Katie Couric. Despite valiant efforts to fit in with the big boys, word on the street is, she’s not living up to the hype. Will she stay around a while? The Magic 8 Ball says: Reply hazy, try again.

Written by Amy & Nancy Harrington
Originally for GetBack.com
Posted by Pop Culture Passionistas at 11:53 AM