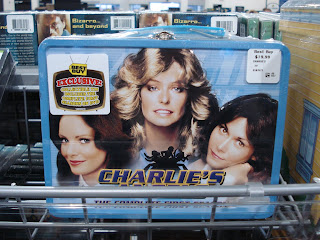 One thing’s for sure. You don’t want to get bitch slapped by an Angel. That’s what happened recently on Bravo’s "Shear Genius," the reality show about drama queen hairdressers hosted by Jaclyn Smith. Her old pal Kate Jackson acted as guest judge while the usually talented stylists butchered three sets of "Charlie’s Angels" wanna-be’s dos in an attempt to give an update to their classic cuts. It’s the first time that no one was told their work was “shear genius” and the Allure Wall of Fame went faceless for a whole week. Scandalous.

Written by Amy & Nancy Harrington
Originally for GetBack.com
Posted by Pop Culture Passionistas at 11:45 AM