We Want Our Brian Boitano Back 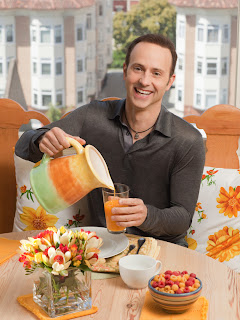 Okay, we may write about Pop Culture for a living but really, we’re not freaks… really. But we have to admit (and you might know this from our September 13th post) but we are kind of mildly obsessed with “What Would Briano Boitano Make?” (again, not in a stalker-like nature). Now, we’re not normally the kind of people to call in to “American Idol” or “So You Think You Can Dance” and cast our votes. But when “WWBBM?” abruptly fell off the Food Network schedule after just three episodes, we freaked (no, we’re not exaggerating… we freaked) and we actually emailed the cable channel to see what was up.

Thankfully, this was their reply:


“We're glad to hear that you enjoyed the new series ‘What Would Brian Boitano Make?’ The pilot series was such a great success for both Brian and the Food Network that the series will premiere new episodes in March 2010 after the Olympics. When air dates are scheduled, it will be published on the show page of ‘What Would Brian Boitano Make?’ as well as the foodnetwork.com home page.”

So until March, we’ll sharpening our knives and our skates waiting the gold medalist’s triumphant return to our TV screens.