The Choir Is Filling Our Glee Void 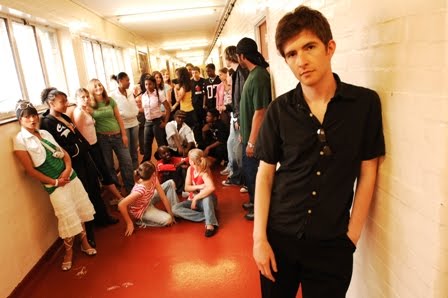 If you're a Glee

fan and you're looking for a fix during the long days of summer re-runs, we suggest checking out The Choir on BBCAmerica. It's sort of a real-life Glee.

The Will Schuester role is played by Gareth Malone. He's a young British choirmaster challenged with the task of creating choral groups under difficult circumstances.

First up is Northholt High School, where there is no music program. Gareth recruits some jocks and hip hop fans for the group. The kids don't sing and think it's uncool. Is all of this sounding familiar? But Gareth chooses 25 of them and gives them nine months to get ready to compete at the World Choir Games in China.

Last week's episode was the big singing Olympics. But don't fear, if you missed it, BBC replays them a lot. Catch up and then tune in for this week's reunion. Then start next week fresh as Gareth goes to Lancaster, an all boys, sports-dominated school where the students are convinced that boys don't sing.

Get a taste of the show in this video clip. It will have you saying "Rachel-who?" at least until September.