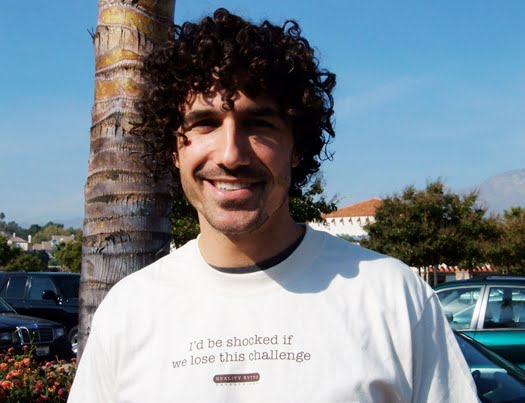 Ethan Zohn is a true inspiration. After a grueling battle fighting his own cancer (now in remission) the Survivor: Africa winner is even more dedicated to combating HIV/AIDS in Africa. Seven years ago the reality show winner took part of his winnings to start Grassroot Soccer, a non-profit company dedicated to educating African youth about AIDS with the help of professional soccer players. This month his work came full-circle at the World Cup in South Africa.

In his pre-Survivor life, Ethan was a pro soccer player. He spent two years in Africa competing in the sport. He also discovered the beauty of the country and the devastation of AIDS. When the reality show brought him back to Africa a few years later, he knew fate was telling him his mission.

And now after years of hard work, Zohn has been part of another fateful event. In 2004, FIFA announced that the 2010 World Cup would take place in South Africa. Finally a global platform to get the word out about Africa's natural riches and horrendous epidemic. Zohn told MSNBC, "In the same month that the World Cup is taking place nearly 23,000 South Africans will die of AIDS. Each day about 4,000 people are dying across Africa. What’s crazy is that they are dying of a preventable disease. AIDS is a preventable disease."

Grassroot Soccer teamed up with (RED) to create a youth camp, the Grassroot Soccer (RED) Holiday Skillz Program, giving the children of the area a safe, healthy, educational place to go while the schools were shut down for the tournament. During the week-long program kids learned about preventing and fighting AIDS, played some soccer, and watched the World Cup in a safe environment.

Zohn said the philosophy taught to the kids at GRS "is to find a great support system, to have a positive attitude, to stay healthy, and you can extend your life," a message he adopted in his own recent brave battle with cancer.

The ever-dedicated Zohn is also in the midst of writing a series of children's books. The first two are on bookstore shelves now Soccer World South Africa

and the third is in the works.


For more of this week's inspiring moments visit Beliefnet.com's Idol Chatter.
Posted by Pop Culture Passionistas at 9:30 AM