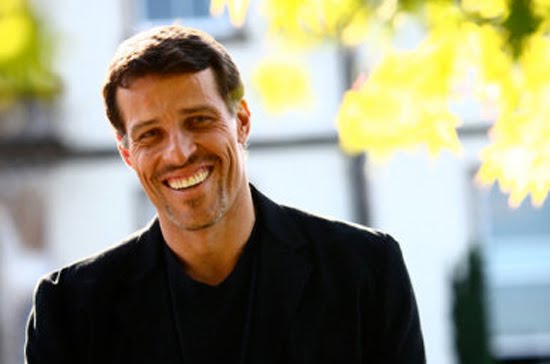 Photo Courtesy of NBC
A new, truly inspiring reality show premiered this week on NBC. The first episode of Breakthrough starring self-help guru Tony Robbins aired on Tuesday. The premiere featured Frank who was paralyzed after diving into a pool during his wedding reception. In an instant, his new life with his young bride, Kristen, literally came crashing to a halt.

He has spent the past two years confined to their home with his wife playing the role of caretaker, while running the house and earning their sole income. They were both depressed and had reached their wits end with nowhere to turn.

In comes Tony Robbins the "Father of the Coaching Industry," to save the day. He helped the couple realize that to change their situation, they simply needed to change their belief system. If a quadriplegic can skydive or play a game of wheelchair rugby, anything is possible. And if as a viewer you feel your own problems are at times insurmountable, "Breakthrough" might help you put things in perspective.

If you want to see Frank and Kristen one year later, tune in to Larry King Live tonight at 9:00 PM on CNN. They are on with Robbins. And, be sure to watch the next five episodes of Breakthrough. If you're down on your luck and need a nudge to take the next step, or maybe just need a reality check, be sure to tune in. And keep some Kleenex nearby, you'll most definitely need it.