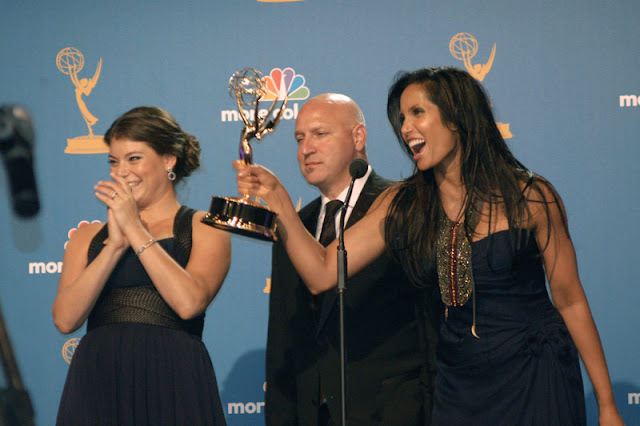 The first half of the Top Chef

Season 7 finale starts tonight with Ed, Angelo, Kevin, and Kelly on their way to Singapore to battle it out for the grand prize win.

Meanwhile back in Los Angeles, the series' producers took home the top prize at the Emmys last week. They knocked The Amazing Race

off their perch in the Outstanding Reality Competition Program, ending the Race's seven-year winning streak in the category.

Before the show, we spoke with Gail Simmons on the red carpet about her favorite TV chefs. And backstage, Gail, Padma Lakshmi, and Tom Colicchio talked about their Emmy win in these videos we shot on behalf of the Archive of American Television.

Padma Lakshmi and the Top Chef Stars On Their Emmy Win