The Future of Prince Poppycock 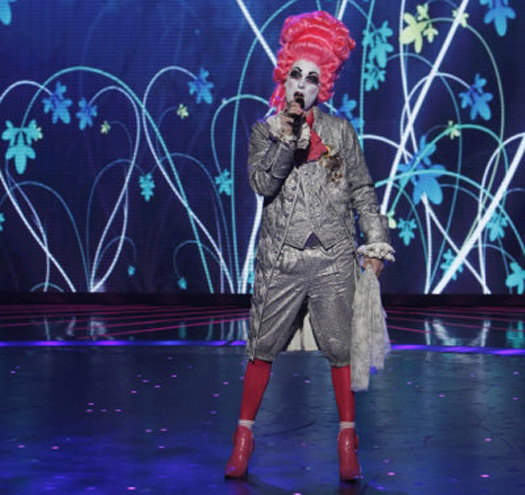 We love Michael Grimm. We were pleased that he won America's Got Talent and were happy to hear that his Grandma will now get that house she so deserves. But we admit that a little bit of our hearts broke when Prince Poppycock did not take the grand prize.

We're suckers for a big theatrical presentation and Poppycock's was the biggest and most theatrical of all.

So we're happy to hear that the Prince lives on after AGT. Just last week the show's national tour kicked off in Oakland. Poppycock told his 56,000 Facebook fans that "The Paramount was a beautiful venue to start this tour! All my love to the Bay Area, you were beautiful tonight!"

If you're a true Poppy (as his diehard fans are called) you might want to check out the his latest creation—Poppycock masks. With these life-size works or art, you can embody the spirit of Poppycock. Print one out and then embellish and bedazzle to your heart's content. You can pair it with one of your best party dresses for the next AGT tour stop to see the Prince in action, or you can dress like him for Halloween.

We know the randy dandy will have a long life after AGT, because the man behind the powder, John Quale, is a true and genuine artist. We spoke with John about his plans for Poppycock's future in part four of this five part interview. You can hear the other four parts at our YouTube page.