An Interview with Hayley Taylor, The Fairy Jobmother 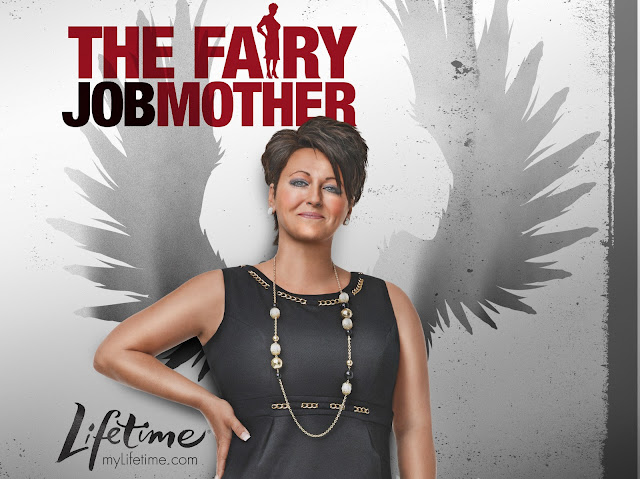 The Fairy Jobmother premieres tonight on Lifetime at 11:00 PM. It's one part Supernanny, one part The Apprentice, and one part Extreme Makeover: Home Edition. The show centers around a take no prisoners host, Hayley Taylor who gets to the route of the problem, during a series of job interviews that can change some one's life forever. And it pretty much guarantees that the audience will cry each and every week from the heartwarming stories.

Hayley is an international career specialist who travels the country helping financially devastated unemployed families get back on their feet through a series of tough love tasks and motivational approaches.

We spoke with Hayley about what advice she has for getting back on your feet financially and the most rewarding aspect of the doing the show.

Q: With so much reality television on the air these days, what will help a show like the Fairy Jobmother stand apart from other reality based series?

HAYLEY: I think the answer to that would be that we don’t just deal with the unemployment. We go back and deal with everything that caused the general feelings of depression and low self-esteem and low self-confidence and address absolutely every issue. I think that’s the thing that makes Fairy Jobmother stand apart because with a lot of documentary and reality programs, what you see is what you get. What we’re trying to do is make something that has a lasting impression, a lasting affect on the families that we work with.

Q: Where did you find the families that you helped? How were they located? Were did they come from?

HAYLEY: Studio Lambert, they sent out a casting call for families, families that weren’t employed to see if we could help them, who wanted to come forward. We have a research team also… and then we look through the families and we see who need it the most.

Q: While you were living and working with these families, was there anything that you learned that surprised you that you hadn’t anticipated?

HAYLEY: That actual thing I think that hit me the most was the amount of debt that some of the families were in. That was the overriding thing that hit me more than anything else. They’ve obviously gotten themselves into situations where it’s not easy to get out of. Bills aren’t being paid. They’re struggling to try and manage... I think I would say it was the debt. The debt was the overriding thing that struck me most.

Q: What has been the most rewarding part for you personally working on the show?

Q: In what ways has the economy impacted your job as a career specialist and how you approach direction you give to people?

HAYLEY: I would say it’s made me see so much more hurt than I’ve ever seen before… debt issues. I find I’m having to signpost people a lot more to specific areas because obviously I’m not a debt counselor. I’m not somebody that councils on divorce. I am somebody that helps them move forward in different ways towards employment and take a grasp of their own life. I think I would say that’s what I’ve seen the most.

Q: Can you talk about the relationship between emotional health and finances and how that played a part with the families?

HAYLEY: I would say emotions run very high. It was always at the point we moved into the family finances. It tended to be a lot of the portion in blame for the situation that the families found themselves in and that happened frequently. A lot of depression occurs more frequently because of the financial worries that are present. I would say that was the overriding part of that.

Q: What do you find is the biggest stumbling block for people who are trying to get back on their feet?

Q: Given that, what is the most important thing that you teach them, so that they can move forward on their own after you’ve gone away?

HAYLEY: I would say that I give them the tools and they learn from me how to use them. Those tools are things that hopefully, they will carry on through life. They are ways of feeling good about themselves, of feeling confident, of being able to communicate with people and fundamental things that affect you for the rest of your life. I’ve had many mentors in my life and people that I’ve taken little pieces from and aspired to be like. I hope that they can get a little bit of that from me and carry that forward. So I would say giving them the tools. I don’t actually do anything for them. They do it themselves with the tools I have given them.

Q: Because very few people ever achieve a 100% success rate. What is your success rate? Do you follow up with people that haven’t initially been successful after you’ve left? What kind of program do you offer for that?

HAYLEY: What I would say is that, yes, I do keep in touch with all the people that I’ve worked with. I keep in touch with them as soon as filming is finished. Obviously, I don’t do it while I’m still filming because I need to focus on the families that I’m filming with. Afterwards, I do keep in touch with them. I do keep them motivated and that’s the way that I follow the work that I do because I think it’s very, very important that when you step into somebody’s life like that and you try to help them move forward, that you don’t just drop them and leave them because it’s not about that. It’s about moving someone forward long term emotionally.

My initial success rate: It’s never 100% like it isn’t for anybody. I would say about that I have a high success rate. Figure wise, I don’t know what I would put that as, but I do have a high success rate. I feel that it is very important to accept within myself that I can’t always help everyone. There is an extent that they need to help themselves. [Like] I said earlier, I give them the tools and teach them how to use them. Then it’s for them to take onus from themselves with the tools that you know have been given and to be able to move forward that way.

The first episode of The Fairy Jobmother airs tonight at 11:00 PM PST (10:00 PM Central) after the Project Runway season finale. Then next week it takes it regular time slot at 9:00 PM PST (8:00 PM Central).