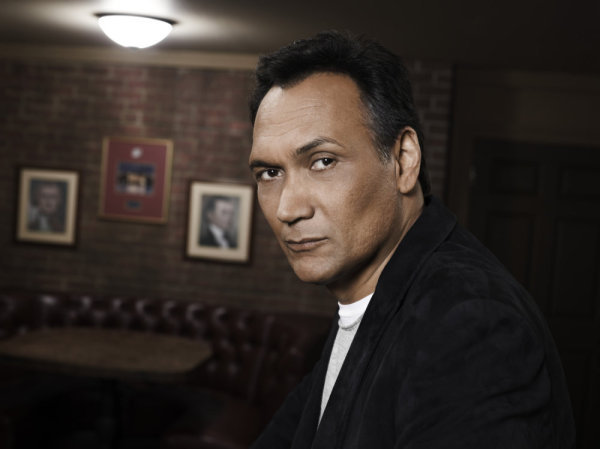 Just two weeks into the new fall TV season there have already been some casualties. Fox's Lone Star and ABC's My Generation were the first to get the axe.

never got a proper good-bye episode, Studio 60 on the Sunset Strip

getting axed after one season, and now, the fact that the new Jimmy Smits series Outlaw might be in trouble.

Yesterday news broke that the new NBC show has been put on production hiatus after just three episodes. While that technically is not yet a cancellation, it sends a strong message that the network doesn't have a lot of faith in the show. In fact, maybe NBC never believed in the show. After all they put it in the Friday Night Death Slot right from the get go.

We've been longtime Smits fans and are always happy to see him return to series TV. So when we heard about the new show, we were excited for a weekly Smits-fix. The show has not disappointed. Jimmy is, once again, commanding in the role of the complex former Supreme Court Justice Cyrus Garza. And the show should be given a chance to build the audience it so well deserves.

But there's good news for Smits fans, the hiatus just means the network won't invest any more money into making the show until the ratings pick up. So what can we do? As fans of the L.A. Law

star, all we need to do is watch. Get your friends to tune in. Spread the word. If the numbers go up, we can save Jimmy.

For more on Outlaw and Jimmy Smits check out:
Jimmy Smits is an Outlaw