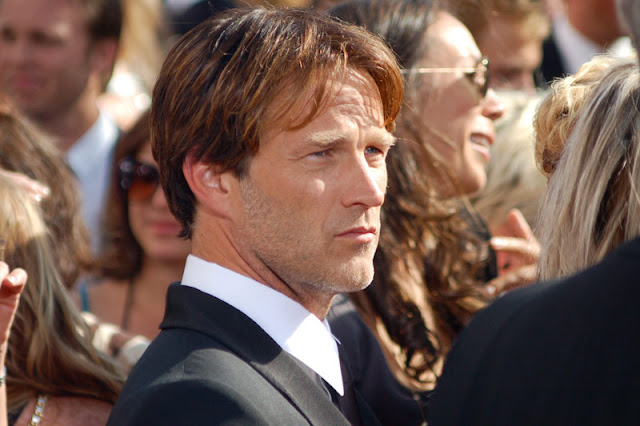 A vampire and his wife help out orphaned kids, a rapper prevents a suicide, and activists inspire kids to make a difference. Here are this week's most inspirational pop culture moments.

When last seen in the season finale of True Blood, things were not going well for lovers Sookie Stackhouse and Bill Compton. In real life, the on-screen exes are newlyweds,  Stephen Moyer and Anna Paquin, and they seem blissfully happy. Maybe that's why they wanted to help out a family that was clearly going through a hard time.

Not long ago, 47-year-old Kirk Darnell died suddenly, leaving behind a wife and five children—and no life insurance policy. Eight months later, mom Missi and her daughter Genevieve were hit by a car and killed as they walked to a local store. The remaining Darnell children tragically lost both parents and a sister in less than a year.

When Moyer heard the story from a neighbor, he decided to pitch in. Along with Paquin, they donated items for a silent auction that took place during The Darnell Family Fundraiser in Venice, California on October 10. And they showed up to offer their support in person as well.

There are a number of items still available on Ebay including autographed True Blood DVDs and a Cast Member Only True Blood backpack. Place a bid and help some kids in need of support or reach out to the Darnell family on their Facebook page.


For more inspiring stories check out:
Tony Danza’s The Boss on Teach
Imagine John Lennon at 70