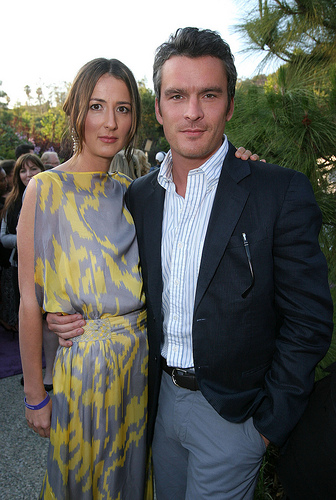 A TV star reunites a family, a movie star helps feed hungry kids, and GLAAD auctions off some high-class art. Here are this week's most inspirational pop culture moments.

star Balthazar Getty took a beating in the tabloids over the last couple of years. His highly publicized relationship with starlet Sienna Miller, while he was still a married father of five, didn’t sit well with a lot of fans. Not surprisingly Getty left his ABC family, the Walkers, and has done his best to stay out of the headlines since reuniting with this wife.

But Balthazar made a recent push for publicity recently—not to promote a new show but to help out a dear friend. In early October, Getty was seen on the streets of Los Angeles handing out fliers in search of a man named Rocky. The mentally challenged son of friends had been missing for two years, but the family had not given up hope that they would find him.

News of Getty’s good deed spread across the blogosphere like wildfire.

Last week Balthazar’s act of kindness paid off. A 40-year-old man fitting Rocky’s description was identified in San Antonio, Texas. His family quickly hopped on a plane and they were reunited. Nora Walker would be proud.