The War for Late Night at a Bookstore Near You 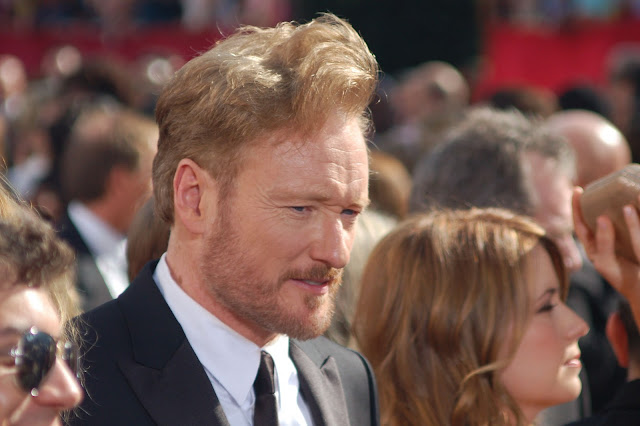 reigns from Johnny Carson in 1992, his rival David Letterman was not happy. Their animosity was so notorious journalist Bill Carter wrote a book

. As a side note, that pop culture gem starred John Michael Higgins of the Christopher Guest movies fame as Dave and Daniel “You’ve got a little Arnst on you” Roebuck from Lost

Earlier this year, Jay got in another late night smackdown. This time, wrestling The Tonight Show out of Conan O’Brien’s precarious grip. Now, don’t get too excited. We’re not about to report that there’s an impending TV movie starring Craig Bierko as Jay and Tilda Swinton as Coco—although you have to admit that would be pretty entertaining.

There is, however, a new book about the late night melodrama. Penned by, guess who, Bill Carter again. And he isn’t sugar coating the story either. Take, for example, his title—The War for Late Night

. Could the Bierko-Swinton shoot be far off? We think not.