Irina Werning Takes Us Back to the Future 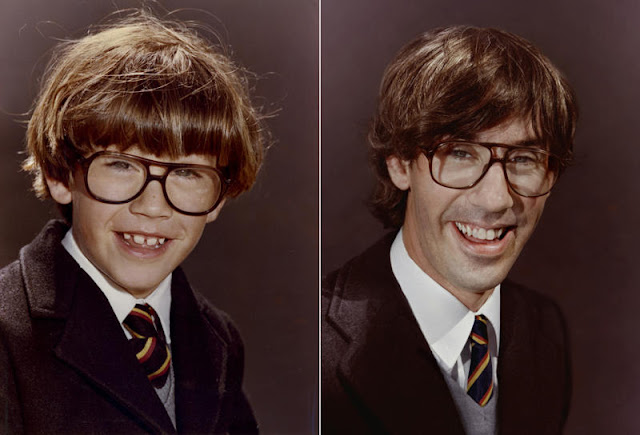 As we grow up most of us, thank goodness, evolve dramatically in our appearance, our style and our choice of fashion. Times change, and so do people. But photographer Irina Werning has taken us on a digital time warp.

In her Back to the Future project, she has found portraits of people from the '70s and '80s and recreated them down to every last detail — the clothing, the location, the hairstyle, the accessories, the pose, the tilt of the head and the twinkle in the smile. She's even duplicated the coloration and aging of the photos themselves. It's uncanny really. On her website she wrote, "This project made me realize I'm a bit obsessive."

She also noted that the idea was sparked by her love of old photos, "Most of us are fascinated by their retro look but to me, it’s imagining how people would feel and look like if they were to reenact them today... I decided to actually do this. So, with my camera, I started inviting people to go back to their future."

The project was done in 2010 but it is ongoing. She says she is looking for a few specific poses and locations now. Do you have yourself in the following places? She'd like to recreate you in Los Angeles on the Hollywood Walk of Fame, in New York City at the Statue of Liberty or in Times Square, in Paris at the Eiffel Tower or in Berlin at the Wall. Why not take a step back in time with Irina? Or at least, check out the images for a treat. 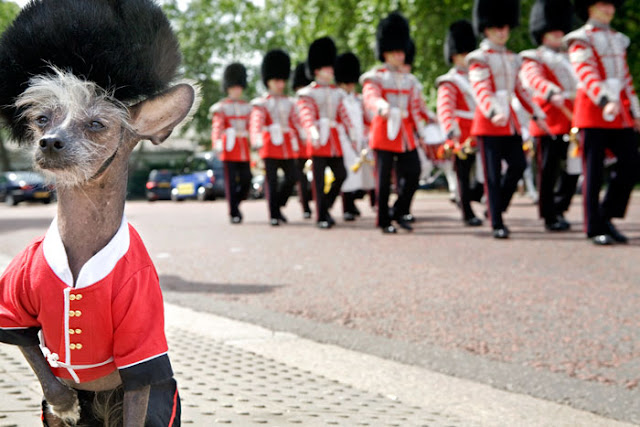 And while you're there, we highly recommend you also visit the Chini section of her site. The dog is her friend's Chinese Crested (the freakishly cute, hairless variety with the tuft on the top of the head). She was pet sitting Chini for three months and this series of photos was the result of their time together. Irina built tiny sets and costume for the pup, who graciously acted out the scenes. You might not want to ask Irina to look after your pets, but you definitely need to take a gander at the Chini project. Here's Chini in London, in honor of the royal wedding.