The Torchwood App Hits iTunes Prior to the Premiere 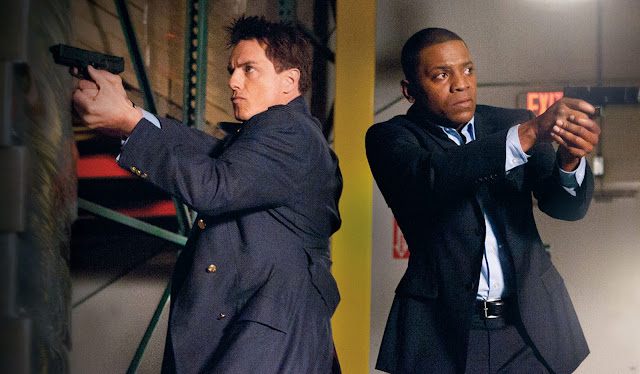 
Torchwood, the BBC spin off of Doctor Who, is coming to the States. On July 8, Torchwood: Miracle Day starring John Barrowman, Eve Myles, Mekhi Phifer and Bill Pullman will premiere on Starz.

The first three seasons of the show aired only on the BBC, but this fourth go-round is a co-production between the BBC and Starz. On Torchwood: Miracle Day the story begins when a worldwide phenomenon baffles government agencies. No one is dying. One day, worldwide, people get sick, have accidents, age — but no one passes away. The trend continues and suddenly there is a population explosion that could devastate life as we know it. Scientists estimate there's four months to figure out the cause before the planet is no longer viable due to lack of resources. All signs keep pointing back to Torchwood, a covert group of alien fighters.

The show is bound to be an instant hit and a brain teaser for the group of TV viewers who like to guess where the plot twists and turns might lead. In anticipation of this following, Starz is releasing an app so fans can play along. Torchwood: Web of Lies is an interactive digital companion made up of ten, three-minute clips providing clues to Miracle Day. The motion comic narrative will be available on iTunes prior to the July 8 premiere of the series.

Each week one new digital episode will be released to coincide with the broadcast. The app is what Starz calls an "episodic interactive experience for iOS that fuses together motion comic and gameplay elements to tell an original and digitally exclusive Torchwood story." The game will feature its own parallel storyline to the show featuring the same characters that are on the series like Captain Jack Harkness (John Barrowman) and Gwen Cooper (Eve Myles).

So play along and try to unlock the secrets of Miracle Day alongside conspiracy-hunter Holly Mokri (Eliza Dushku). The first download is free and the rest will be $.99. Or you can purchase all nine for $2.99.

Torchwood: Miracle Day premieres July 8 at 10 p.m. EST/9 p.m. Central on Starz. Look for Torchwood: Web of Lies on iTunes prior to the premiere.


For related stories check out:
The Rockin' Band Name Generator App
The Everday App Might Show You More Than You're Ready to See