William Holman Explains His Disastrous Date on The Bachelorette 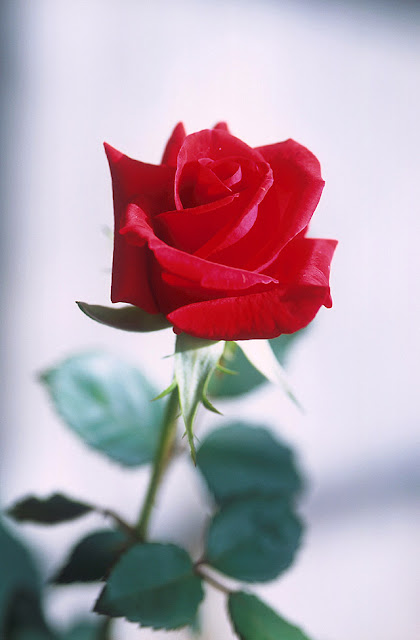 This has been a deliciously disastrous season of The Bachelorette. Not only has there been a dude in a mask and a sinister suitor who trashed the leading lady while stealing her heart, but even the early contenders are proving to be less that ideal choices. Take William Holman, who was a front-runner out of the gate and then tanked his potential relationship with Ashley after choosing laughs over love in a truly misguided stand-up performance. Add to that he threw one of his fellow contestants under the bus on a two-on-one date, and it’s no surprise that he’s the latest beau to be sent packing. In a recent conference call interview Williams talked about the infamous roast, his future in comedy and what he’d like to say to Ben Castoriano.

Holman commented that he had no indication that Hebert might not have been able to handle his jokes, saying, “I thought she was very secure in herself. I didn’t watch the past seasons to know that she really [has] any of those insecurities and for myself.”

He also underestimated what it would feel like to be in front of a live audience. He recalled, “I’d never been up on stage before and it has been a dream of mine. But unfortunately I got up there and I was just scared ridiculous thinking about having to be up on stage. I took it the wrong way as why I thought it was appropriate, I don’t know. I thought roast and I wasn’t even thinking about the outcome.”

Perhaps his Peter Pan complex got the best of him, too. He admitted, “It was just a little bit of immaturity in me still left. I don’t know, it was a bad idea and I figured if all the guys were going to roast each other why not roast her. And maybe I was thinking trying to win her over the guys’ approval and be friends with the guys since I spent so much time with them and it was definitely a bad move.”

Even after his less than stellar stand-up performance, the cell phone salesman revealed that he’d still be interested in pursuing a careen in comedy. He said, “I did the roast, it was my very first time on stage and definitely wasn’t the finest moment that I had. But it’s funny, I had a lot of comics reach out to me and tell me that I have a raw talent and that they would like to see, with training and some practice, what I could do. So it’s something that I definitely still want to do, whether it’s stand up or some sketch comedy. But I love comedy. It’s a passion of mine to make people laugh every day. I definitely want to continue to do something along that route.”

But he insisted that he didn’t sign-up for The Bachelorette to launch a comedy career. “Obviously the show can be a stepping stone but I didn’t want to use it that way. For me, what’s more important than anything is love. Finding that true love and finding that person you’ll spend the rest of your life with… And knowing that it was Ashley, I’m extremely happy about that because it felt like someone that I could have a connection with. But that was in the back of my mind. I really didn’t think anything like that will happen and to have the roast, I was like, ‘Wow, I’m glad I’m part of this stage.’ But I didn’t say to myself ‘What’s the possibility that come from this? I don’t need Ashley’ or anything like that… I really didn’t feel that way coming into the show.”

An interesting commentary for a guy who notoriously sold out one of his competitors who William felt had less than sincere intentions. On his final two-on-one date Holman told Hebert that Ben C. had been talking about going on Internet dating sites when he went home. The bachelorette immediately sent Ben C. packing.

William discussed whether or not Ben C. had actually talked about going online for love. William recounted, “I did feel like he was insincere. I didn’t do it as a way to get him out of the way. Ben C. is a nice guy but it was something that he did talk about. I wouldn’t have made anything up like that that. I’m not that kind of person. But I just felt like, if she was questioning anyone’s integrity or their purpose on the show, then she should know. And unfortunately it’s not like I have a phone and I can call her and say ‘Hey, one of the guys in the house, I don’t feel is even here for you.’ The only time we get is on camera. So it wasn’t the best time but it was kind of the only time because no matter what, if I told her it would be seen by everybody. So not the way I wanted it to really go down.”

He made an attempt to further justify his actions by admitting, “It was just me trying to warn her, to let her know, and I didn’t know that he was going to be sent home like right after I told her about that. I figured because of the roast and her giving me a second chance, that she would get down and talk with Ben and feel a little bit more about it to find out if he was joking about it, why he was joking that way.”

William went into some detail on what Ben C. had said, “It was talked about a specific online dating sites and I don’t want to reveal those dating sites that he’d discussed. But it was dating site that he’s used before and his words were, ‘after the show is over, he was going to be able to clean up’ and to me it didn’t sit well with me so I felt that she needs to know.”

Holman never had a chance to talk things out with Ben himself but he knows what he’ll say when he has the opportunity. “If I could talk to him, I would definitely let him know that I owe him a lot for how it came out. It didn’t look the best and, come down the wire there, and you don’t get to be out and about and the world and get outside of the house that much. It’s one of those things where, I guess I just was getting kind of frustrated being stuck in the house. I really like Ben C. and I think my frustration was just really wanting to go out again and have a date with her took over. I like the guy a lot and he didn’t deserve that and it was a cheap shot.”

Holman confessed that Ben C. wasn’t the only guy whose intentions he questioned. He noted, “There was definitely some talk in the house early on and it was a very difficult thing because a lot of guys think, because they haven’t had a one-on-one date or a group date that they don’t have a chance with her. And they start thinking about what happens after the show.”

But he decided not to sell them out the way he had Ben C. He acknowledged, “I know I did a bad thing by sailing one guy down the river. I wouldn’t want to do that to any other guys after doing that because any of the other guys did have those feelings after they grab a chance to have a group date or a one-on-one date. That feeling was totally gone. Ashley definitely brings the different feeling out in you. She makes you believe in the process and really appreciates it. It’s just difficult to be in the house in the beginning not having that kind of date.”

William might not be in the house anymore but eight other suitors remain. She if any of them walk when Ashley’s heartthrob Bentley returns on tonight’s episode.


The Bachelorette airs on Mondays at 8 p.m. EST/7 p.m. Central on ABC.

The Most Dramatic Chris Harrison Interview… EVER
"The Bachelor" and "The Bachelorette": Where Are They Now?