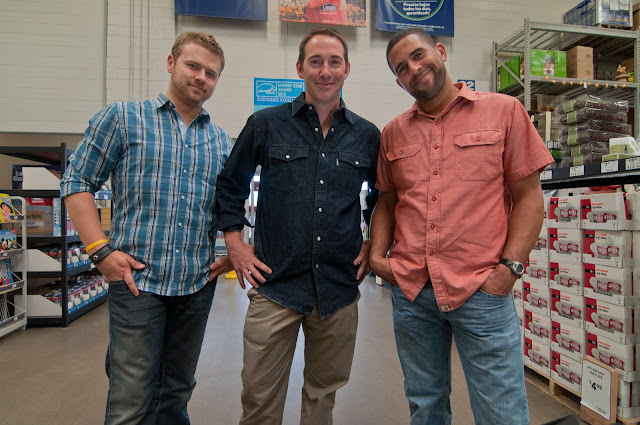 
The Ultimate Crash: House, Bath, Yard brings together DYI's Crashers franchise into one ultimate Crash. On July 3 the hosts of Yard Crashers, House Crashers and Bath Crashers join forces to take on a three-in-one surprise makeover of a California home. The joint effort launches the second annual Crash Week from July 4-8 with Ahmed Hassan, Josh Temple and Matt Muenster as they criss-cross the nation looking for projects to ambush and renovate. Plus for the first time, DIY is holding a "Watch and Win" contest in conjunction with Crash Week giving viewers a chance to win a nightly giveaway of a DIY Network prize pack.

Kicking off the festivities is The Ultimate Crash: House, Bath, Yard. The Crashers team ambush a police officer and his school teacher wife in Folsom, California. The unsuspecting couple is discovered as they shop for supplies at a local fix it store to renovate the home they bought one year ago in a short sale/forclosure. The Ultimate Crash will undertake three projects in as many days — turning the couple's yard into a Sierra mountain-style retreat, giving their kitchen an old-World Italian makeover and updating their ugly bathroom with a modern twist.

While watching all of the crashing going on, viewers should keep their eyes peeled for a secret code word that will be revealed sometime between 8 and 10 p.m. EST every night. When they see the word they need to text it to the messaging number provided. One winner will be selected each night and announced between 11 and 11:30 p.m. EST.

For related stories check out:
An Interview with Sweat Equity's Amy Matthews
Vanilla Ice Wants to "Ice Your House"