Balloons and Broadway at the Macy’s Thanksgiving Day Parade 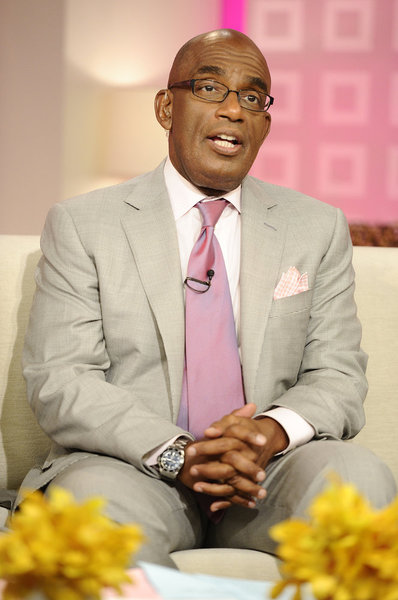 Almost every year since we can remember we get up early on Thanksgiving morning, make a batch of Pillsbury Orange Danish and fire up our TV’s for the Macy’s Thanksgiving Day Parade. You can keep your clowns and your hot-country-singer float performance, not that there’s anything wrong with those things. But for us it’s all about two things — the balloons and the Broadway shows. So our hopes are high for what’s to come on the 85th anniversary of the big event’s debut all those years ago. In a recent conference call interview parade co-host Al Roker and Executive Producer Amy Rule gave us a sneak peek.


Make sure to get in front of your sets early. As is tradition, the post ribbon-cutting entertainment will start with performances from the hottest shows on the Great White Way. This year theater buffs will be treated to not four but five showstoppers. The toe-tapping will include numbers from the cast of Broadway’s Sister Act, Daniel Radcliffe performing How to Succeed in Business Without Really Trying and a, no-doubt, sparkly tune from Priscilla Queen of the Desert.

But viewers will probably be most interested in seeing the additional production from the stars of the infamous show Spider-Man: Turn Off the Dark. Amy revealed what they can expect, “Spider-Man will have about 30 different Spider-Man characters singing a really enthusiastic dance number. And it’s going to be a medley of the best hits from the show.”


In addition to these four big numbers, Amy announced a very special theatrical event, saying, “For the very first time, America’s going to be able to see the cast of Newsies. The Newsies was a film that came out in 1991 that has been touring the country for a while. It was just at the Paper Mill Playhouse and it was just announced… they are going to move to Broadway. So they will be with us.”


And, of course, so will those gigantic, helium filled stars. Amy describe some of the latest editions. “Joining the iconic classic characters that generally fly in the parade, we’re going to have Julius the Sock Monkey as a new balloon in the parade… Everybody’s favorite duck, AFLAC duck, is going to be what we call a ballonical.”


She continued, “And joining our Blue Sky Gallery [by contemporary artists] that started several years ago with the likes of Keith Haring, Jeff Koons, Murakami, this year the famous movie director is Tim Burton… That character’s name is called B. And B. is going to be flying high in the air with our other balloons and Tim Burton is actually going to be at the parade to see this balloon come to life.”


One legendary ballonical will even celebrate a milestone of his own this year. Amy commented, “Sega’s Sonic the Hedgehog is celebrating the 20th anniversary of that character and will be flying.”

As for his favorite aerial stars, Al revealed, “I would say Bullwinkle was one of my favorites. I’m probably dating myself. But now, because my kids are big SpongeBob fans, I love SpongeBob.”


Amy reflected on her choice, “If I had to look back at the history of the 177 giant characters that have appeared in the parade, I would be a big fan of Underdog. And I have a big fantasy of seeing Underdog come back to the parade. But he flew for a really long time. Everybody still remembers him. And he, to this day, is one of my favorites. He flew for 19 parades.”


Giant helium characters aside, Al and Amy talked about what they have gratitude for this Thanksgiving. Al went first acknowledging, “I’m thankful for the health of the folks I know — my family and friends. I’m thankful that I have a job to go to and that I’m thankful that as bad as things can be, that I still live in the greatest country in the world.”

Amy concurred, “Al’s right that when you think about Thanksgiving and you start giving thanks you check off the list of health of yourself and your family, and being able to support the ones that you love and be with them. And that checklist is all checked off for me, as well.”


If musical numbers or flying monkeys aren’t your thing, don’t fear. According to Amy there’ll be quite a slate of top-notch performers this year, too. The list includes Neil Diamond, Mary J. Blige, Cee Lo Green, Scotty McCreery and Manheim Steamroller. If that’s not something for everyone, we don’t know what is.


Pop open your own can of Pillsbury Cinnamon Rolls and catch the Macy’s Thanksgiving Day Parade on Thursday, November 24 at 9:00 a.m. in all time zones on NBC. And if you’re looking for a way to ride out your post-meal tryptophan induced haze, watch the one-hour special, the 85th Anniversary of the Macy’s Thanksgiving Day Parade looking back at the events history, at 10 p.m. EST/9 p.m. also on NBC.
Posted by Pop Culture Passionistas at 8:58 AM