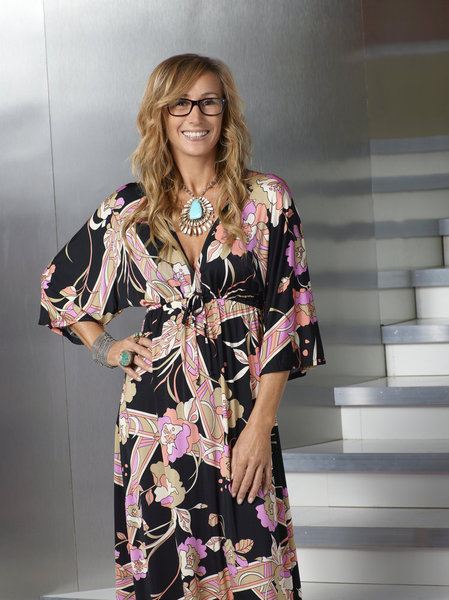 Fashion Star is one of those rare reality shows where competitors get an immediate and significant response to their work. Not only are good designs showered with flattery, but buyers from three major retail chains actually make financial offers for the pieces they want to carry in their stores. And viewers can go into Saks Fifth Avenue, H&M and Macy's to actually pick up winning designs the day after an episode airs. So it's not surprising that Nikki Poulos, won of the show's top contenders said in a recent interview that the show is a real confidence booster.

Poulos described the array of emotions she's felt after having a winning design on the show, saying, "There’s happiness, there’s relief and there’s a real gratefulness that people have recognized what you’ve done and they believe in you. And that’s so encouraging… Everything I’ve done on the show that sold has sold out. So that to me really validates me as a designer."

Just the fact that she feels comfortable referring to herself as a designer is a big step for Poulos. Born in the Australian Outback, the 43-year-old has mostly focused on swimwear, resort wear and dresses to date.

Poulos continued, "But after having done the show… I believe it. I’m a designer. That’s what I do. The show and the buyers’ confidence in me really made me feel like I can say I’m a designer now and not just I make clothes."

That show of support from industry insiders has given Poulos quite a boost. She conceded, "All the buyers have really made me recognize that, without sound egoistical, I actually have a very nice gift for prints, choosing prints and color and putting it together. And it’s always something that I love to do. But hearing those buyers week after week after week has been incredible for my self-confidence. It’s been amazing. It’s like, 'Wow, other people get what I’m doing and they like it.' That’s amazing."

Watch Poulos as she continues to wow the mentors and buyers alike on Fashion Star every Tuesday night at 10 p.m. EST/9 p.m. Central on NBC.
Posted by Pop Culture Passionistas at 11:02 AM