Barbara Corcoran Is a Shark with a Heart 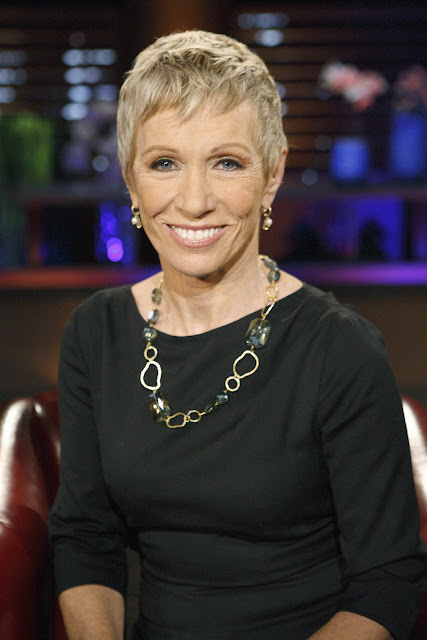 We love all of the business moguls in the Shark Tank. But we have to admit that if we had a million dollar idea to pitch (which sadly we do not) we already know that we’d want to partner with real estate maven Barbara Corcoran. After all, she’s super savvy and she seems to also have a heart.

Over the years Barbara has invested in long shots like the small town bakery Daisy Cakes. Her fellow Sharks tried to talk her out of giving $50,000 to Kim Nelson, who cooked up her concoctions with the help of her loving mom. Luckily she ignored them all. As Barbara recounted, “Daisy Cakes was the biggest success story of all the seasons I believe in terms of growth and sales and profits. [Kevin O’Leary] said to me, ‘Whack her mother.’ This woman’s like four foot two. She bakes with this lady side-by-side. He says, ‘Whack her mother.’ The things he says.”

But believing in the spirit and passion of a budding entrepreneur is one of the elements that separates Barbara from her co-stars, who often think solely about the bottom line. She laughingly acknowledged, “[Kevin] focuses on the valuations, this is such a line of crap.  There’s no such thing as valuations if you actually really check the records, they go all over the board. But he intimidates people and makes them feel diminished. And then, in the end, after he insults them again and again, he doesn’t even put money on the table. So it’s like, ‘Alright, what kind of weirdo game is this going on?’”

For her part Barbara would much rather factor in the person behind the pitch. She explained, “The individual factors in 95% for me. I’ve had entrepreneurs that I didn’t like their product. They totally reinvented the product.”

As an example she talked about a Season 3 company that she invested in with four “bulky guys” known as the Nardo brothers. She recounted, “I almost exaggerated on set. I was rubbing that cream on thinking… it wasn’t even any good. It was sliding off my [hands]. But I’m thinking, ‘These guys are muscle bound. What are they doing in the cream business for women?’ Because they were attractive?”

But under her tutelage, they revised their plan and have a hit. Barbara remarked, “Do you know what they came out with? That we just charted and we just sold it and it took like seven months to turn their head around a muscle cream for guys after they work out and now they have the female version. It’s perfect for these guys. The key is the entrepreneur not the product.”

So it’s not surprising that for Barbara, being on Shark Tank isn’t all about putting an extra bit of cash in her bank account. She admitted, “It’s great to have a successful show. Believe me every season we got we were praying and hoping and when we got it, we were thrilled. But what’s really great is we are really in the dream making business. People come in here and we can really make a difference in their lives.”

The fact that the budding entrepreneurs pay it forward, only sweetens the spot. Barbara continued, “Then they hire other people. Most of the businesses I invest in hire other people. You really feel like you make a difference. Not just with the entrepreneur — their family and the people they hire. It’s really magic making. I think of it as a privilege.”

She added, “I almost feel like it’s a religion. I start to feel that way until I write the check and remember it’s not a religion at all.”