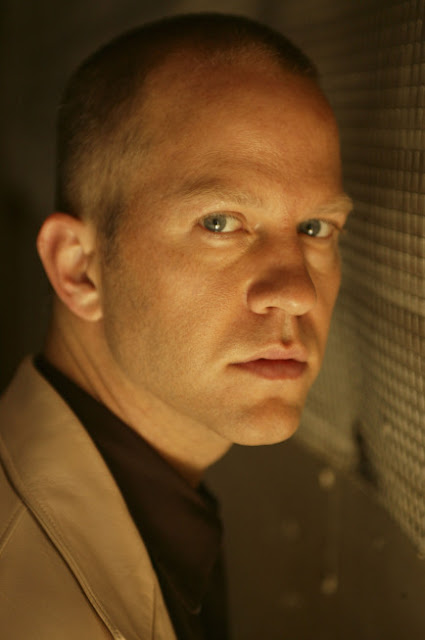 It’s hard to imagine that the man behind shows like Nip/Tuck and American Horror Story might have a change of heart when it came to violence on TV. But at a recent press event to talk about the season finale of AHS: Asylum, showrunner Ryan Murphy admitted that he’s starting to look at things a little differently these days.

The relative newlywed and father to one-month old baby boy, Logan, acknowledged that thanks to changes in his private life, he’s got a fresh perspective. He remarked, “It’s a very personal thing and I always think that movies and television reflect the culture. But I did just had a kid and so for the first time for me I’ve been in the position to have a parental feeling about my work, which is very cool and unusual for me.”

As a result he’s been pondering some important questions. He admitted, “Would I want my kid to see this? What do I feel?”

Those new sentiments were also impacted by the fatal shootings in Connecticut last December. By the time those two concepts converged, it was too late for them to play into the current installment of American Horror Story. As Murphy conceded, “All of this season was written and, for the most part, directed before Sandy Hook.”

And he couldn't promise that he’d completely avoid gore in upcoming storylines on the miniseries. He noted, “We are doing a horror story. So there is that. So I will never say never say never.”

Still, Murphy did say that he would come at it all from a different angle, “I do feel like, if you’re going to tell a story with a gun, take a step back and think about it. That doesn’t mean we won’t do it but I would probably try to do it responsibility.”

Fans will recall, Murphy did touch upon the concept of school violence in the first year of his shocking show. The character of Tate Langdon had a storyline pulled from the headlines.

As Murphy recounted, “We did do a Columbine-esque story with Evan, that I thought was very moving and upsetting. And it upset a lot of people and a lot of people felt it was too much to even be on television. But we were making a commentary about the culture and that story in particular.”

Yet it will be interesting to see how Murphy will broach similar subjects in the future. He reflected on the notion, adding, “It’s interesting. It’s something I’m certainly thinking about. I don't claim to have any answers but it does bother me. It does bother me and there’s a lot of ways to convey horror violence without, perhaps, semi-automatic weapons for me. But that’s just for me.”

That’s not to say that he hasn’t contemplated the limits before. As he recalled, “We’ve had scenes where it’s like, okay, you might want to talk about how you reframe the violence. Maybe it’s too much. And we always shoot them in a way that you can edit them down. So we do talk about them and I think we’ll talk about them even more as we move forward. And I know I will and I think the story that we have cooked up will not probably not involve as much gun bloodshed as we have done.”

Perhaps this will be another blow to the controversial topic as debates continue to swirl. See how Murphy addresses the concept when American Horror Story returns later this year.