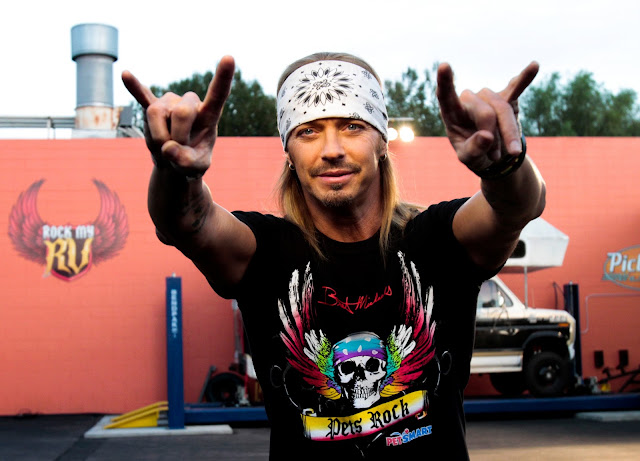 Bret Michaels, legendary Poison lead singer and Celebrity Apprentice winner, has done his fair share of TV shows — some slightly more inspirational than others. But this week Bret debuted a new TV series with a heart. On Rock My RV with Bret Michaels he finds deserving RV owners and transforms their dilapidated recreational vehicles into tricked out, state of the art masterpieces. But this isn’t just another truck makeover show. It’s about family and dreams and giving back. Bret pours his heart and soul into every renovation all for a passion that began when he was a boy.

In a recent conference call interview he said, “It all started as a very young kid on both sides of my family. That’s just what we did. I grew up in Western Pennsylvania, outside of Pittsburgh, and that’s what we did. We camped and we went hiking and fishing and we’ve been all over the place. Exciting trips for me were trips down to Florida.”

He continued, “I had a traveling jones, an excitement to go on the road. And between me and my two younger sisters, Michelle and Nicole, that was exciting to us. The RV would be parked in our driveway and we would go out and hang out in it. We would take it to places like Emporium and Lock Haven, Pennsylvania, and go up and hike and camp and RV.” 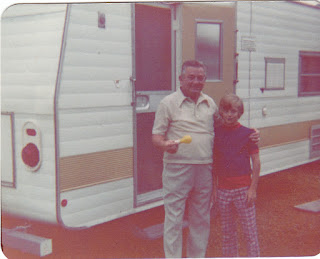 Of course his love of being on the road didn’t stop as an adult. As a touring musician he graduated from his early days driving cross-country in a beat up Ford Econoline Ambulance to the custom-built buses he travels in today, spending a minimum of nine months a year on tour. He also has taught his own daughters the thrills of the open road and they RV as a family on vacations.


As for bringing the show to TV he stated, “This is a passion project for me. I’ve wanted to do this for a while.” And so after putting together the right team, he talked to the Travel Channel about picking up the show. “It’s what we feel is a really, really great show with a great back story. The bottom line is, is one of the things that I told them is that I like treating people great. It’s part of who I am and I just want to make sure that on this show one of the most important things that I do is that the story is not a backstory about the people that own these RV’s. I said it’s going to be the front story and then have the mechanics of how we actually achieve this.”

He added, “I’m there to fulfill their dream of what they want to do. And it’s really this phenomenal, unbelievable thing that’s happening with people as they’ve discovered that as much as we love modern technology we need to be out on that open road. There is so much to see it is truly an adventure and I really encourage people to go out there and do it.”

Some of the deserving people who get RV makeovers on the show include the Mendonsa family, who bought their RV with a plan to fix it up for vacations. But those plans were dashed after the tragic loss of one of their sons. Brett helps them restore it in tribute to him. Another guy named Bill uses his RV as a glorified food truck for his business “Bite Me Gourmet Sausages” which travels around feeding local fireman. Brett installs a proper kitchen for him.

In a recent press release Andy Singer, Travel Channel’s General Manager stated, “The amount of energy, creativity and knowledge Bret brings to this series will blow our viewers away. In fact, saying he's poured his blood and sweat into these vehicles is an understatement. He's out there working hard because he cares. No matter how intense and crazy the projects get, Bret's determination and chemistry with the design team allow him to wildly transform these RVs beyond their owners' imaginations."

Fueling every story and makeover are Bret’s fond memories of his childhood trips. And while he admits not all families get along so well, he had advice for how to make the experiences better. “When you RV and take a road trip, whether you’re in a car or an RV let me just assure you’re either going to bond for life and have great memories or you may possibly never speak together again… What I do in the show is I try to give people space. You want as much space as you can get. There is absolutely an ebb and flow to traveling down the road… The other thing I advise people heavily don’t be in a rush, an over rush, to get from Point A to Point B. Part of traveling is [finding] a place you can hike and get out of that thing and get away from each other for a little bit. Go out, walk around, hike, stretch out, enjoy the scenery along the way.” 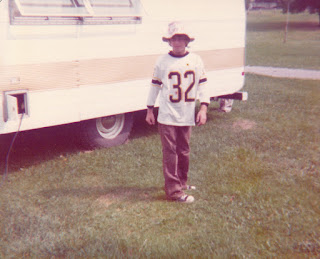 But he also reminds viewers that every trip is what you make of it. “All of our experiences growing up doing this, they weren’t all just super great. You make them great. In other words you go out there and it forces the character of who you are. As crazy as this sounds, I learned a lot of responsibility from going camping — what to do, how to drain stuff, how to dump, how to take this, how to build a fire, what to do when you’re leaving a campground. But probably more than anything, it bonded me with my family because it forced us into situations where we had to work together on things.”