The Most Dramatic Bachelorette Ever 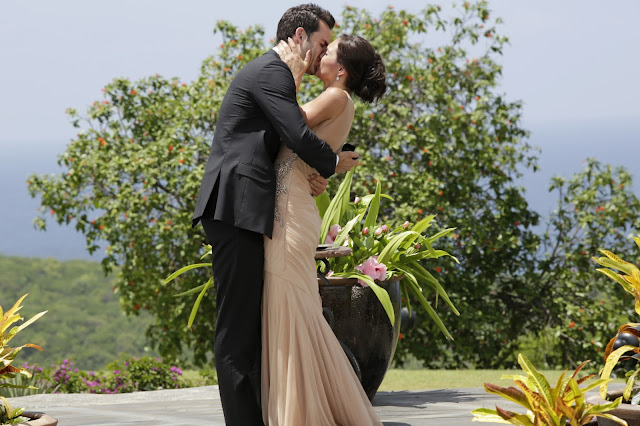 The phrased gets tossed around a lot in the Bachelor/Bachelorette franchise, but ask anyone who watched this season and they will tell you it truly was the most dramatic ever. Desiree Hartsock fell immediately in love with Brooks Forester from their very first date picnicking at the Hollywood sign.

But hints were being dropped along the way that he was not falling quite so hard. In the two-part season finale her heart was crushed when Brooks told her that he could not reciprocate her feelings and would not be getting down on one knee and giving her an expensive four-carat Neil Lane diamond ring.

In a recent conference call interview Brooks said, "Desiree deserves to be in love with someone that is equally in love with her… I know I made the right decision and that was about being honest with Desiree and with myself. And that conversation and the breakup, as difficult as it was and as bad as it hurt, I just don’t know how I can live without being honest."

Fans mourned with Des as she lamented the loss of her true love. But what would happen next? Would Brooks have a change of heart and come running back? Would Des go home empty handed and broken hearted? Of course, there was the chance she could pick one of the remaining two bachelors — Chris Siegfried or Drew Kenney — but how, fans asked, could she accept a proposal from someone else just days after losing the man of her dreams?

And then we all watched as she did just that. Des took what was behind door #2 and Chris proposed. The happy couple is now living together in Seattle and Brooks is a distant memory.

There are mixed reactions to the ending. Many feel Des picked Chris as a consolation prize, because she just wants to be loved. Others think she was in love with Chris the whole time, but was blinded by Brooks' flowing locks and crooked smile.

Des insists that latter is true stating, "I can’t make someone love me and so I wasn’t going to dwell on that but really take time to see the other relationships that I formed. I was actually able to really just look beyond Brooks leaving and to see the good that was going to come from it."

But viewers can't help but wonder, if Chris watched the episode and saw how completely devastated Des was by Brooks' departure, how could he possibly feel confident in her love for him? And there's the rub. He hasn't seen it.

He said, "Des and I decided early on that it was just best for her and I, for me to watch the parts that we shared together in all the episodes… There’s no real reason to bring up old feelings like that."

She added, "We weren’t going to let what had happened in the past really define what our future is going to be."

Fans couldn't help but wonder how easy this would be, though, if all those things that happened in the past were just three days before you got engaged? And many hoped until the last moment that Brooks would return on a white horse to be Des' knight in shining armor after realizing he'd made a huge mistake.

No such luck. He confirmed, "That was never an option and never my feelings after making that decision. I felt like I make the right decision going into that. I didn’t have a moment where I felt I should go back and rehash things out with Desiree."

And Chris insists that Des' feelings for Brooks don't come in to play. "I was confident the entire time in the relationship that Des and I were building… and I just knew that going forward each and every day seeing Des was something that I could see in my future forever. When Brooks ultimately decided to leave, while that did play a little bit of a factor it didn’t really didn’t affect my decision making process. I still knew that at the end of the day I wanted to be with Des and that’s what I was focused on."

And so another happy couple walks off into the partly cloudy sunset of the Pacific Northwest to plan a wedding, as the TV world holds its collective breath to see if it is true love. The most dramatic season ever.
Posted by Pop Culture Passionistas at 7:29 AM