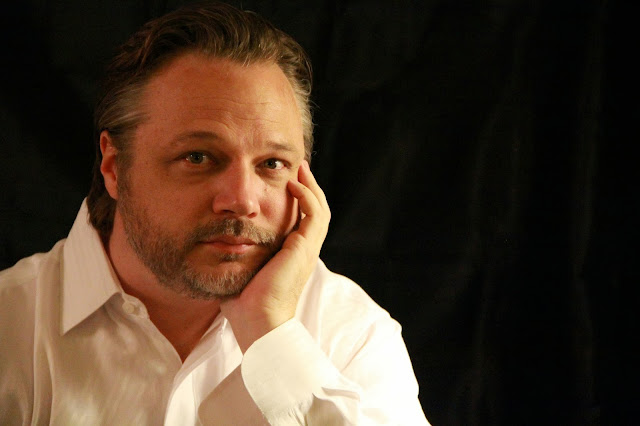 San Diego born filmmaker Andrew P. Jones has always been enamored with ghost stories. So after years of working on visual effects and producing reality TV, he made the film Apparitional. In this thriller a group of ghost hunters making a reality TV show are faced with a truly haunting experience. In a recent exclusive interview he stated, "It joined my knowledge of reality TV with my love for the paranormal."

He continued, "I'm fascinated by ghosts and hauntings and are they real? Are they not? What are these anomalies? I like to go and stay in reportedly haunted locations." In fact both he and his wife (and Apparitional co-producer) Linara Washington have had otherworldly experiences.

Andrew came from a visual effects background, starting in make-up and advancing into post production and editing. He landed in the reality genre where he edited shows like Hell's Kitchen and Nanny 911 and even worked with some ghost hunters on a documentary.

He noted, "Coming out of so much reality television. I used to love to watch the ghost shows. And they used to stretch the truth… I used to watch those shows and think, 'What if they went into a place that was really, truly active? What would they do?' And that was what sparked Apparitional."

Andrew's early work experience in visual effects culminated in his reality TV career. "All those skills really come into play, being a writer and a director and just having the effects eye, it all comes to play as an editor for reality. Because as en editor you're really creating the reality."

And taking that evolution a step further he brought all those same skills to the table when making his own films. "As a director I use all of my skills that I learned along the way. I'm never able to turn off the editing eye when I'm directing. The writer part of me is always working… And I'm able to move quickly and be really efficient as a director because I do have a background in special effects and art direction and editing. I've done all those jobs so I know what it's going to look like ultimately."

Andrew wore many hats in the making of the film — writer, co-producer, director, editor, visual effects and composer. But there was someone else who had more than one credit on the project, Andrew's wife Linara, who he met on his first film Kings of the Evening. She stars in the movie as Kate, the producer of the ghost hunter TV series. And behind the scenes in real life, she co-produced Apparitional with her husband.

Andrew talked about their working partnership. "She's an actress first, she's a professional working actress… that's how she's made her living the past ten years. And my working as director those two relationships have to work on set and I think it translates into the producing relationship and even the personal relationship... we do compliment each other."

Andrew admitted they partially chose the paranormal genre because of its popularity and said, "People just seem to love to be scared." He continued, "It does speak to the human question of what's out there? What's after this? Is there life after death? I would venture to say there's not a person alive who hasn't had those thoughts or asked those questions."

The one last question we needed to ask him is our Pop Culture Passionistas regular query. Which pop culture icon would he want to be for a day? He replied, "I'd want to walk in Jim Henson's shoes for 24 hours. He was the single biggest creative influence to me and my career. I credit him with my interest in puppetry, movies, makeup, storytelling, character development and even business. That kind of visionary only comes around once every few generations."

Right now Andrew is working out distribution deals so Apparitional should be available on DVD shortly and watch out for the sequel Apparitional 2 to follow.

For more information about Andrew and his production company Picture Palace films, visit their website.