A Bachelorette and Her Dog 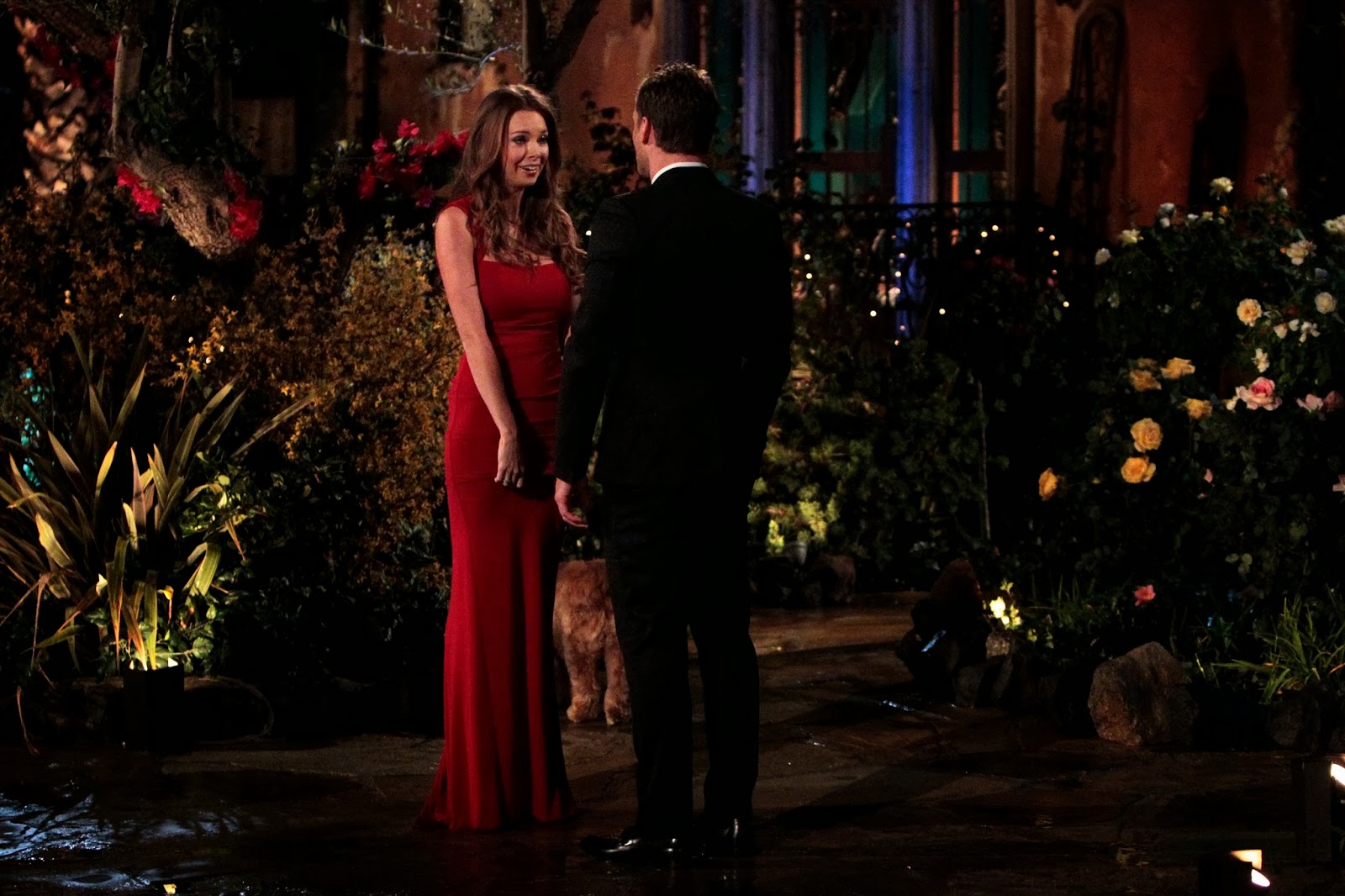 Throughout all the years of The Bachelor franchise, there have been many contestants that have claimed to be close to their pets and their clip packages often include footage of them romping with their furry friends. But this season, with Juan Pablo as The Bachelor, one woman got out of the limo that first night with her dog. And the appearance wasn't just a one-time gimmick, like a wedding dress or a cheesy limerick. The dog is living in the house this year.

The pooch, Molly, belongs to Kelly Travis, the outgoing red head who has survived three weeks in the mansion so far. Under her name where it typically states the woman's occupation, it reads "Dog Lover" although in a recent conference call interview she did set the record straight. She has a job, in fact, one she loves and is good at. She does business development for a construction company in Georgia. However she is passionate about animal rescue and thought it would be funny if she said she was a "Dog Lover" by trade.

So, then, why is it that Kelly was allowed to bring her dog on the show when so many before her have not? Simple. She just asked.


Kelly explained, "It came up in casting. One of the producers asked what I was hesitant on. And, truly, to be gone for potentially nine weeks I didn’t want to put my dog in boarding that long. And it would be hard for me to find someone to watch her that long. So I jokingly said, 'Well, can I bring my dog?' And they were like, 'Sure.' And then that’s how it happened. It was as casual as that."

Ask and you shall receive.

For the most part, the girls all enjoy having Molly in the house although, some maybe have been a little envious that Kelly was able to bring her four-legged companion. She stated, "There were some girls in the beginning that were jealous. One of the girls, Chelsie, she loves her dog, throws it birthday parties. She’d told me several times, 'I wish I had my dog there.' So I think at first there was a little bit of jealousy for some girls."

And even though not all the bachelorettes are fans of pets, they all have grown to love having Molly around. Kelly revealed, "There are two girls that aren’t dog people and I totally get that. And so they didn’t understand it. But probably after night two of living in the house, everyone adored her. Because she really is very relaxed and she makes it feel like a home. And I think, after everyone being away from home and being used to having their dog around, to have a dog around truly did make it a home. So in the end, everyone loved her."

But in the beginning, it appeared that Molly may not have been a fan of Juan Pablo's. In fact she pretty much ignored him. Kelly recalled that moment outside the limo, "Molly is in a new place and she’s getting out of a car… and there’s cameras and she’s just like, 'Oh, okay. I don’t really know you. I’m going to go explore elsewhere.'”

Now Molly and Juan Pablo are fast friends. Kelly told us, "It’s cute. Every time he comes into the house she goes up and greets him and jumps on his leg and wags her tail. And he always says hello to her… I think dogs are good judges of character and she likes him. So that’s good."

It's only three weeks in, so it remains to be seen how long Molly and Kelly will last. But during the first rose ceremony, they were both called up to get a rose. Kelly recounted, "Whenever he said, 'Kelly and Molly,' all the girls were like, 'Aww.' And in my head I’m like, 'Of course he should say both of us because we kind of are a package deal.'"

Tune in to "The Bachelor" on ABC on Monday nights at 8 p.m. EST/PST to see if Kelly will win Juan Pablo's heart.