Ron Taybi Brings a Message of Peace to Sochi 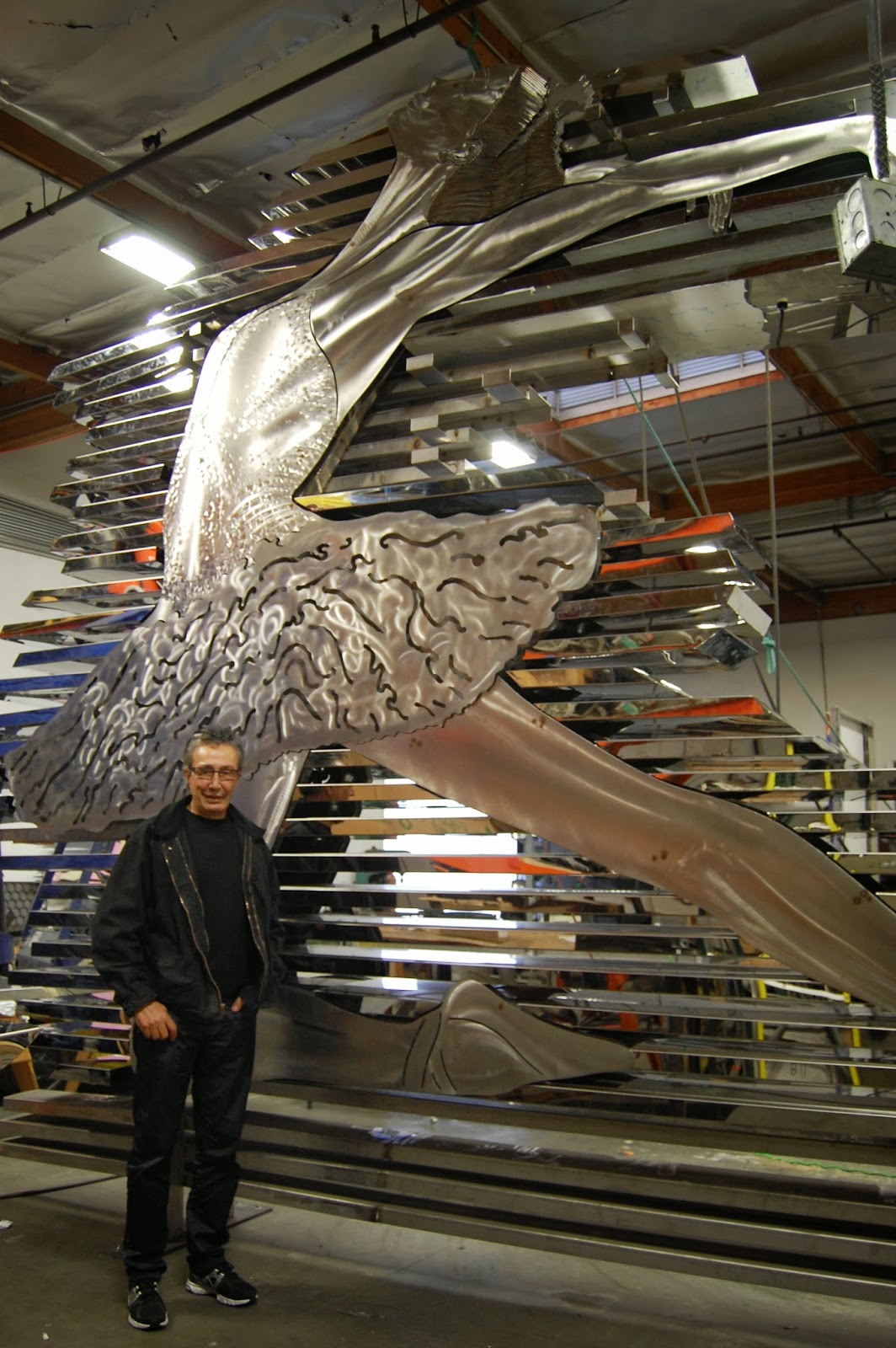 In 2014 a large ballerina sculpture will be unveiled in Sochi, Russia. Artist Ron Taybi hopes to spread a message with the 20-ft piece he created. "The message basically is 'Give arts not arms,' he stated, "I would like to see that happen more often between the people of the world."

The project was born out of a ski trip Ron took to Mammoth several years ago. He recalled skiing down the mountain past a wall of snow and "envisioned a sculpture of a skier on that wall." He approached the organizers of the 2010 Olympics in Vancouver, but since it was less than a year before the event, he was too late for those Games.

He then approached Sochi about the 2014 Games. They had already chosen a Russian artist to do a skier, but the city of Sochi had another idea. Since they were refurbishing the entire city for the Games, they contacted the artist. He said, "The city was so fond of what I had proposed and liked my style so much they said, 'Would you do a piece for us for the city itself for a prominent location that we would designate.

And so he began working on the ballerina.

The sculpture, which will live at Museum of ballet on a small mount with a 360 degree visibility, stands at 22 feet tall and 18 feet wide. It's a solid piece of metal carved with the ballerina coming out of it. The pieces that surround her are lit up from inside and there is a computerized LED lighting system that can change color.

Ron wanted to send a very strong message with this piece of artwork. Much like the Statue of Liberty hundreds of years ago, he hopes this metal lady will also symbolize peace and hope.

He noted, "The Ballerina is a very graceful figure. I named it 'Gracious — the Beacon of Peace.' The reason I called it that is because it represents as a token of appreciation to Sochi for being hospitable and bringing the people of the world together in peace and brotherly competition and sportsmanship giving us a glimpse of what the future world is going to be like when we are at peace."

He added, "In my opinion peace is not only possible, it's inevitable. So this is a grassroots level of promoting peace."

The  Ballerina will be unveiled at the Rami designs architectural metal factory “www.ramidesigns.com) an enterprise created by Taybi where elegant staircase and handrails are being manufactured for many residential and commercial projects.

According to Ron the ceremony will begin with National Anthems of both the U.S. and Russia. Then there will be a ballet performance and an art show featuring Ron's works. They will end the program with a candlelight vigil to the song 'Imagine' by John Lennon. He pointed out, "I thought that would be appropriative for this event with the idea and the message is peace in the world."

Find out more about Ron's art at his official website.
Posted by Pop Culture Passionistas at 11:39 AM