Anaitte Vaccaro Brings the Surreal to Life through Digital Scenography 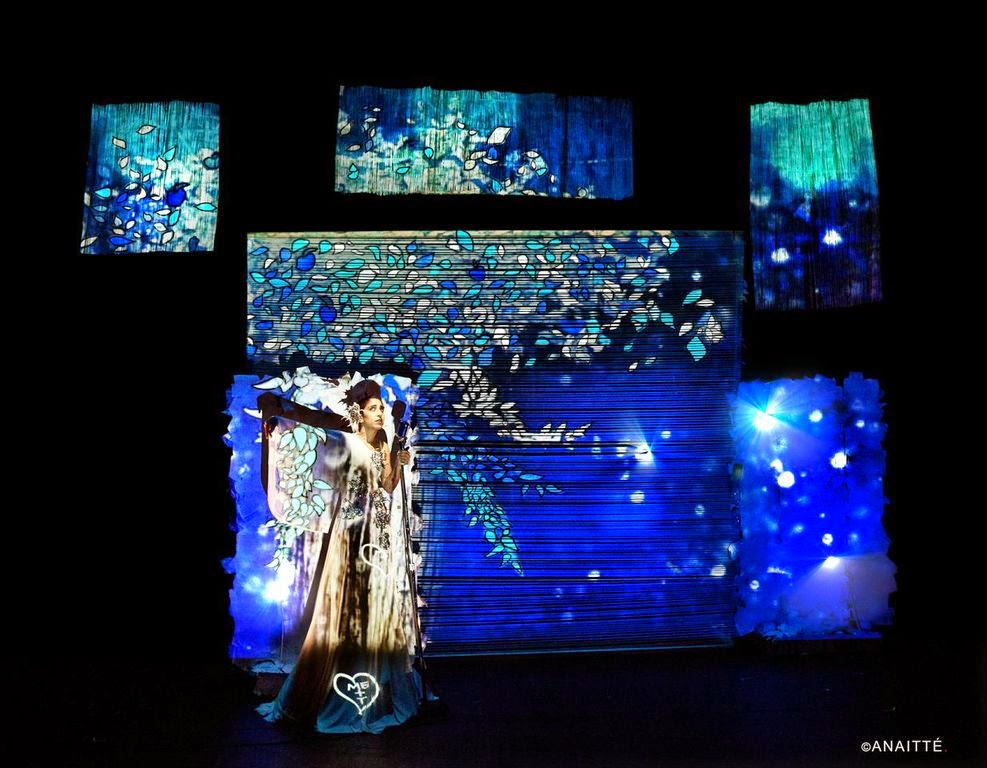 For some artists, the essence of their creative endeavors it to capture one single moment in time. That is not the case with Anaitte Vaccaro, who chooses to visualize her paintings in motion through what she has dubbed “digital scenography.”

Born and raised in Puerto Rico, Vaccaro became interested in art at a very young age, albeit the more traditional disciplines. Her focus on painting and sculpture ultimately evolved. As she explained in a recent one-on-one interview, her “desire to express the full story behind one single image was how I then came into this ‘digital scenography’ world that gave me more tools to express that type of time inside a message.”

After earning her BFA from Escuela de Artes Plasicas in Puerto Rico, Vaccaro decided to move to the U.S. to get her Master of Fine Arts in Visual Effects from Savannah College of Art and Design. Unlike her fellow students, she never intended to pursue a career in the film and TV world of digital production.

“All my colleagues that were studying with me were focusing on achieving a goal at Industrial Light and Magic or Digital Domain,” Vaccaro recounted, “but I never had the focus of going into a visual effects house. I always focused on doing this as an art form.”

She continued, “The only reason I chose visual effects was that I was doing this type of work before my Master of Fine Arts. I was designing performances and designing installations. But in Puerto Rico, I had limited access to technology. That’s why I wanted to pursue a Master of Fine Arts up here in the United States, where it let me put my hands on this technology that was emerging.”

But Vaccaro put her hands on more than just the latest digital tools. Her visually stunning pieces of ‘digital scenography’ are a marriage of a number of creative elements brought together to make a unified piece.

The multi-talented artist acknowledged the inspiration for the terminology, saying, “The scenography term came from Richard Wagner, where he defined what he did as scenography and what he did was practically everything. He did costumes. He did lighting. He did sets. He wrote the music. He directed.”

Vaccaro has taken the term one step further to integrate all of the elements into a digital medium.  As she likes to say, the result is “bringing the surreal to life.”

The process is incredibly involved. Whether commissioned to do a piece for a museum or firm or drawing from her own inspiration, Vaccaro starts out quite traditionally. “I definitely do sketches. I carry around a sketchpad. I’m constantly drawing different ideas.”

From there she starts to bring the piece to life. “I create storyboards. I find music that I think goes with the piece… I start working with a choreographer, usually my pieces tend to be dance pieces, the musicians. I elaborate the images in the computer, etc., etc.”

As Vaccaro pointed out, her work is not just the projection itself but the additional elements in the physical space where her work is installed. “It’s not about a screen. It’s just that the animation is so fluid, and it’s about trying to make that fluidity come into a reality. So it’s trying to design it in a way that engulfs the viewer instead of just having that separation of flat screen and the viewer on the other side.”

In the past, Vaccaro has created video projects for Duran Duran, exhibited in galleries around the world and designed works for the Wynn hotel in Las Vegas. She is currently focusing on three pieces for upcoming shows.

“Right now I’m working on two new pieces, which will be presented at Davenport, Iowa. And one is this theme of guns. For me, I don’t understand how much people feel the need to hold onto their guns,” Vaccaro conceded. “For me, it’s a very distant, so this piece touches on that. And the other one is about, struggling with a nightmare and how to overcome your fears and just conquer them and create them through part of your life to make you stronger.”

The final piece she is focusing on at the moment will become her third permanent installation, which will open in San Juan in October.  Her two other permanent works are also in her native Puerto Rico.

To learn more about Anaitte Vaccaro and her “digital scenography” visit her website.
Posted by Pop Culture Passionistas at 2:00 AM