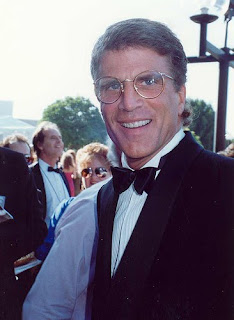 The season finale of "Private Practice" was one of the best cliffhangers we've seen in a while. We don't even like the show all that much, but we're glad we stuck around. Poor Violet finally declared her love for Pete and seemed happy for the first time in a while -- until her psychotic patient, Katie, decided Violet was carrying HER baby. The season ended with a drugged-up Violet pleading for her and her child's lives as Katie stood with scalpel in hand. Will Violet live to find happiness with Pete? Will Violet even live, period? Will Coop forget his keys and come back to rescue her? Tune in next season! Arrrgh!

But, while you wait for the answers to these and other burning questions, here are some of our favorite cliffhangers from TV past.

As the quintessential cliffhanger of all time, it's almost a cliché to include "A House Divided," the "Dallas" Season 3 finale. It's truly in a class by itself. But for those of you who were in a coma or on another planet in March 1980, here's all you need to know: oil magnate J.R. Ewing was shot by an unknown assailant. It sounds quaint now, but back then, it was a big deal. The whole world waited through the summer and part of the fall (thanks to a Screen Actors Guild strike, which only exacerbated the anguish) to find out who it was. Finally, after eight months, the shooter's identity was revealed in the fourth episode of Season 4, "Who Done It?" It was Kristin, J.R.'s sister-in-law and mistress.

A Shooting at the Royal Moldavian Wedding ("Dynasty," Season 5)

We spent the summer of 1985 wondering -- worrying ourselves sick, really -- about who survived the shooting spree at the wedding of "Dynasty's" Amanda Carrington and Moldavia's Prince Michael. Almost every main character was on hand, unaware of a brewing military coup in Moldavia that would devastate both the country and, more importantly, a chapel full of primetime soap stars. The final image was of cast members lying on the floor after the gunfire had subsided. We speculated for four months about who wasn't coming back, only to find out that EVERYONE survived except two minor characters, Steven Carrington's boyfriend, Luke Fuller, and Jeff Colby's girlfriend, Lady Ashley Mitchell.

What girl couldn't relate to Diane Chambers as she hid under the "Cheers" bar and overheard ex-beau Sam Malone discuss marriage with his new girlfriend, city councilwoman Janet Eldridge? Maybe we didn't understand the whole "hiding under the bar" thing, but we certainly got the heartbreak part. But what we absolutely NEVER expected was a proposal on the very next episode, the 1985-86 season finale, when Sam popped the question by phone. We'd have to wait until September to learn who was on the other end. Spoiler alert: It was Diane! But get this: she refused to accept a phone proposal. She made him plan a big romantic evening then rejected him, again, in person. Be-atch!

Fallon Gets Abducted ("The Colbys," Season 2)

In what turned out to be the SERIES finale of "The Colbys," the short-lived "Dynasty" spin-off, Fallon Carrington Colby broke down on the highway, but it wasn't exactly AAA that came to her rescue. The episode ended with some bright lights and a descending spaceship. We're not sure where the aliens took her, but they thoughtfully dropped her off in Denver to rejoin "Dynasty" in the fall of 1987, seemingly unharmed.

In the season finale of "Melrose Place," crazy Kimberly finally lost it. After kidnapping Sydney, she gave in to the advice of her mysterious phantom, Henry, who told her to kill her enemies. She planted a series of bombs throughout the apartment complex and apparently blew everyone to hell. Three months later we learned that the only physical fatality was Richard Hart's wife, Mackenzie, who had only appeared in two episodes. (Those explosives must've been developed by Moldavian revolutionaries.) But there were plenty of emotional scars to go around.

When the "Friends" gang headed to London for Ross' wedding to his girlfriend Emily, it was one of the most anticipated and painful-to-watch season finales of all time. Back home in New York, Rachel decided she still loved Ross, so she flew to England to tell him but chickened out at the last minute. She was present, however, to hear Ross recite his vows: "I, Ross, take thee, Rachel." Yup, he said Rachel. Hate when that happens. Ross did marry Emily, but it didn't last too long. They split the following season.

As Day 2 of "24" drew to a close, all was right in Jack Bauer's world. A nuclear bomb had been detonated in the desert without significant loss of life, daughter Kim survived a cougar attack and a mad woodsman, and President Palmer was back in office after being temporarily relieved by his VP. After giving a reassuring press conference to the American people, Palmer shook hands with some of the assembled crowd. Little did he know that among them was an assassin who would quietly contaminate him with a flesh-eating virus. We had to wait five months (three years in "24" time) to learn that he survived and was in the midst of a re-election campaign.

We spent the entire first season of "Lost" (OK, we admit it, five seasons) being completely... well, lost. Who were these "Others"? Why was there a polar bear on a tropical island? And what was in that hatch? But in spite of the constant confusion and ever-changing plot points, nothing blew our minds wider than the season finale. Michael, Walt, Sawyer, and Jin set off on a "Gilligan's Island"-style raft made of bamboo poles and airplane debris only to encounter these aforementioned "Others," who destroyed the raft and kidnapped Walt. We'd like to tell you how this was resolved, but we're still confused about the whole mess.

Michael Scofield had such a simple plan: commit an armed robbery and get arrested, sentenced, and sent to Fox River State Penitentiary to join his brother, Linc, who was sitting on Death Row for a murder he didn't commit. Why? To break him out, of course! How exciting would "Prison Break" be if Michael lobbied for Linc's release through legal means? Speaking of exciting, Michael's full-upper-body tattoos contained the blueprint for his escape, which we were all too happy to watch him navigate each week. In the season finale Michael and Linc finally freed themselves, along with fellow inmates Sucre, T-Bag, C-Note, Tweener, Abruzzi, and Haywire. All eight were just moments away from being recaptured by Officer Bellick and his men. The following season began eight hours after their jailbreak as the cons parted ways and ran for their lives.

In the episodes leading up to the end of "Ugly Betty's" first season, Betty's sister, Hilda, had reunited with her ex, Santos, who had finally accepted his son Justin's "love of musical theater." They were one big, happy family with a wedding to plan -- that is, until Santos got shot in a convenience-store holdup. His life hung in the balance all summer. When "Betty" returned that fall we saw Hilda and Santos happily reunited, but sadly, it was just a fantasy. He hadn't survived the incident, and she was all alone.

Posted by Pop Culture Passionistas at 10:39 AM