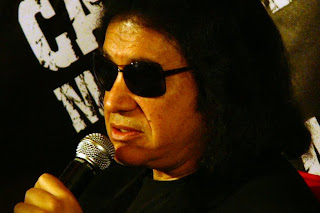 What a day for music fans with diverse taste. As usual, the Rock Hall of Fame's list of nominated inductees reveals artists from a wide range of (not necessarily rock) genres. But we were giddy to see ABBA named alongside KISS when this year's nominees were revealed. As far as we're concerned, voters can have their pick among the other candidates for induction (is LL Cool J really more worthy than the Red Hot Chili Peppers? It's a fine and fuzzy line). But Gene Simmons better be harmonizing with Bjorn and Benny in the ceremony's final jam.