The Most Dastardly Survivor 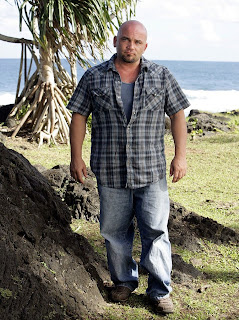 Move over, Jonny Fairplay, there's a new king of the castaways on "Survivor" and he knocked the crown off your head within the first 20 minutes of the season opener. Sure, you lied about your dead grandma, but Russell killed off an imaginary dog and enhanced his sympathy card play by invoking the name of one of the deadliest natural disasters in U.S history – Hurricane Katrina. Plus he burned someone socks. What kind of sick sociopath burns a man's socks when he's sleeping on a desert island? Is that where all our missing socks have gone? Does Russell sneak in to our homes in the middle of the night, pick them out of the dryer, and set them on fire? Is it some part of a master plan to outplay, outwit, and outlast the entire world population… one sock at a time? We're watching you Russell.