From Soap Stars to Superstars 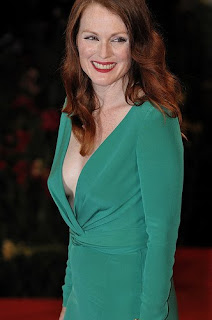 On September 18 the final episode of the record-breaking soap "Guiding Light" will air on CBS. The show is in "The Guinness Book of World Records" as both the longest-running soap opera and the longest-running drama in television history. It started as a radio show in 1937 and moved to TV in 1952. Now, 72 years later, the beacon of daytime is going dim. But "Guiding Light" has more than longevity as its claim to fame; the soap also introduced the world to some of our biggest stars.

From Darth Vader himself -- James Earl Jones -- to "CSI: New York's" Melina Kanakaredes and "Heroes'" Hayden Panettiere, many acclaimed big- and small-screen actors got their start on "Guiding Light." Kevin Bacon did a brief stint on "GL" as T.J. Werner (after a season on "Search for Tomorrow") before the films "Diner" and "Footloose" made him a movie star. Julianne Moore pulled off the ultimate soap coup, dual roles, on "As the World Turns."

"Guiding Light" is just one of the many soaps that have served as a springboard for great actors. Here are some of Hollywood's brightest stars who got their start on daytime dramas.

Julianne Moore did one episode of "The Edge of Night" before being cast in the dual roles of half-sisters Frannie and Sabrina Hughes on "As the World Turns." Playing the tortured artist who steals her sister's fiancé brought the actress a Daytime Emmy in 1988, but it would be another nine years of small film parts before Moore won widespread attention playing Amber Waves in "Boogie Nights." 2002's "Far from Heaven" earned the actress Oscar, Golden Globe, and Screen Actors Guild nominations. She was also nominated that same year for her work in "The Hours." Watch for her this fall in "The Private Life of Pippa Lee," with Robin Wright Penn, Alan Arkin, and Winona Ryder.

Academy Award-winner Marisa Tomei got her first acting gig while still attending college at Boston University. She dropped out of school to take the role on "As the Word Turns" playing airhead-turned-princess Marcy Thompson Cushing. After "ATWT," Marisa went on to the Cosby spin-off, "A Different World" before scoring her Oscar-winning role in "My Cousin Vinny." She was back in the Hollywood spotlight last year for her performance in "The Wrestler" alongside Mickey Rourke, and earned BAFTA, Golden Globe, and Academy Award nominations.

Meg Ryan had a small part in the Jacqueline Bisset film "Rich and Famous" before being cast as Betsy Stewart Montgomery Andropoulos on "As the World Turns." Her relationship with Steve Andropoulos is one of the best-known daytime love affairs. Meg stayed with the soap for two years, but it was her roles in "Top Gun" and "When Harry Met Sally" that would propel her to superstardom. Watch for her guest appearance this season on "Curb Your Enthusiasm."

"Titanic" star and Academy Award nominee Leonardo DiCaprio spent his first year as an actor doing two roles. One was Garry Buckman on the short-lived small-screen adaption of the movie "Parenthood," and the other was Mason Capwell on the daytime soap "Santa Barbara." Leo went on to appear on "Growing Pains" as a homeless kid adopted by the Seaver family before striking out on the big screen with "This Boy's Life" and "What's Eating Gilbert Grape." DiCaprio has five movies in the works for 2010 and 2011, including his next collaboration with Martin Scorsese, "Shutter Island."

Although most people think of Brad Pitt's first role as hitchhiker J.D. in "Thelma & Louise," Brad actually got his start in soaps. His first speaking role was playing a high school basketball player named Chris on the daytime drama "Another World." It was just a few episodes, but it got him his AFTRA card, and his acting career was off and running. A few episodes of "Growing Pains," a couple times on "Dallas," and the next thing you know, he's a Hollywood star in such films as "12 Monkeys," "Fight Club," and "Ocean's Eleven." Check him out now in "Inglourious Basterds," and try to imagine a time when we didn't know who he was.

Almost ten years after Brad Pitt appeared on "Another World," a different newcomer came to Bay City. Ten-year-old freckled-faced Lindsay Lohan, who had been doing commercials and print ads for seven years, was cast as Alli Fowler in her first acting gig. She worked on the show for a year, until Nancy Meyers cast her in the remake of "The Parent Trap," with Dennis Quaid and Natasha Richardson. Then came "Freaky Friday" and "Mean Girls," and Lindsay was on a roll. Of course, we all saw the promise of those early roles eclipsed by the drama of her personal life, but there's still hope for Lindsay: she's got three movies slated for release in 2010.

In 1970 a young model named Susan Sarandon was cast as Patrice Kahlman, the adopted daughter of a soap opera writer on a new daytime drama called "A World Apart." The show, and thus Susan's first acting gig, lasted only a little over a year. Susan then went on to do a few months on "Search for Tomorrow" before diving into her film career. Two 1975 movies (cult classic "The Rocky Horror Picture Show" and "The Great Waldo Pepper," with Robert Redford) put her on the map, but it was 1988's "Bull Durham" that made her a household name.

Josh Duhamel began his career as a model before getting his first acting gig as Leo du Pres on "All My Children." The heartthrob and his soap love, Greenlee Smythe du Pres (played by Rebecca Budig), were nominated twice for Daytime Emmy Awards as America's Favorite Couple. Josh left "AMC" when his character plummeted to his death in a waterfall. In true daytime fashion, the body was never recovered, so if Josh's new gig as Hollywood leading man/"Transformer" star doesn't work out for him, there could be an "amnesia" plot line in his future to give him a second coming on daytime.

When Kelly Ripa was cast as Kathie Lee Gifford's replacement and Regis Philbin's sidekick on morning talk show "Live with Regis and Kelly," many prime-time-only TV viewers had the same question: Who? But to daytime fans, Kelly was a staple. She'd spent 12 years playing Hayley Vaughan, the punk rocker-turned-talk show host, a role that garnered five Soap Opera Digest Awards and three Daytime Emmy nominations. "All My Children" had been Kelly's first and only professional acting gig when she got the "Live" show, but it would jump-start her sitcom acting career with a recurring part on "Ed" and a co-starring role in "Hope & Faith," with Faith Ford. Not one to single-task, Kelly will soon be doing double duty once more, as host of her new show, "Mom, Inc.," on TLC.

After graduating from Harvard (where he was Al Gore's roommate), Tommy Lee Jones won a small role in the 1970 film "Love Story," and he also did some Broadway plays. But his first lead role was the murderer, adulterer, and blackmailer Dr. Mark Toland on "One Life to Live" from 1971 to 1975. Within a few years, he was making movies like "Coal Miner's Daughter" and "The Eyes of Laura Mars," but it was the TV miniseries "Lonesome Dove" that made him a star and propelled him to roles in "The Fugitive," "JFK," "Batman Forever," and "No Country for Old Men." Tommy is currently working on the third installment of the popular sci-fi series "Men in Black."

Back in the '80s, "General Hospital" was THE soap to watch. If you didn't know who Luke and Laura were, you lived under a rock. But in 1982 Laura Spencer (Genie Francis) and Laura Templeton (Janine Turner) mysteriously disappeared. Crack reporter Jackie Templeton (played by Moore) came to Port Charles looking for her sister. She stayed for two years, long enough for her to get noticed in Hollywood, and superstar roles soon followed, including "St. Elmo's Fire," "Ghost," "A Few Good Men," and "Indecent Proposal." Up next for Demi is the film "Happy Tears," with Parker Posey, and "The Joneses" with David Duchovny.

Eva Longoria Parker's first two pro acting gigs were a one-time appearance on "General Hospital" and Flight Attendant #3 on an episode of "Beverly Hills, 90210." Then she got her break when she was cast as Isabella Brana, the former call girl, attempted murderess, and psych ward inmate on "The Young and the Restless." All of the lying and cheating prepared her for her current A-list role as Gabrielle Solis on "Desperate Housewives."

Another fellow "Housewife" also got her start on soaps. Teri Hatcher, who plays Susan Mayer, cut her acting teeth on the short-lived '80s daytime drama, "Capitol."

Before he fought crime with "Knight Rider's" K.I.T.T., before he ran in slow motion along California "Baywatch" beaches, before he became a German pop sensation, before he determined which Americans have talent, David Hasselhoff spent seven years playing Dr. William "Snapper" Foster on "The Young and the Restless." The Hoff even recorded a version of the soap's opening song, "Nadia's Theme," for a 1987 album.

Other famous "Y&TR" alum include Vivica A. Fox, John O'Hurley, and Tom Selleck.

Posted by Pop Culture Passionistas at 10:13 AM