The Jackson Joke Moratorium is Over 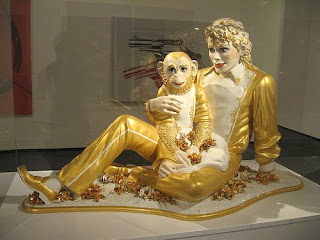 The moratorium on being nice to the Jackson family seems to be lifted. First Kathy Griffin finally let it rip against the clan in her latest stand-up special "Kathy Griffin: Balls of Steel," expressing her shock at the post MJ-death revelation that HE was the normal one in the family. And now, a scene featuring La Toya that was respectfully cut from the theatrical release of the film "Bruno" is being added as bonus material on the DVD. It shouldn't come as a surprise to Joe Jackson and his kids. The controversial movie about the leder hosened Austrian performed so badly, they need to do whatever they can to boost sales now. Read about the never before seen scene here.