The Original Cast of "ER:" Then and Now 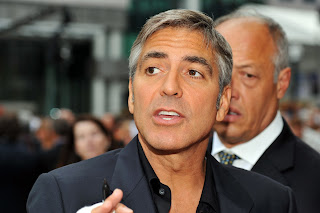 We're not sure what's harder to believe: That "ER" is finally going off the air after 15 seasons or that "ER" has actually been on the air for 15 seasons. We admit that our love affair with the medical drama has waxed and waned over the years (honestly, they pretty much lost us after they lost Clooney). To us, no matter who came and went or how outrageous and dramatic the plots became, no one could top the original first season cast. So we decided to take a look at the freshmen stars, then and now.

Julianna Margulies as Nurse Carol Hathaway: Then
The first time we met Nurse Carol Hathaway she was being rushed to County General's "ER" after a failed suicide attempt. Seems her failed relationship with Doug Ross (George Clooney) had taken its toll, and she couldn't bear it anymore. She'd spend the next three seasons in and out of love with Doug, John "Tag" Taglieri (Rick Rossovich), Ray "Shep" Shepard (Ron Eldard), and Dr. Luka Kovac (Goran Visnjic) before giving birth to Doug's twins and moving to Seattle to be reunited with her one true love.

Julianna Margulies: Now
Since leaving "ER" Julianna's career has not proven to be as successful as her Emmy Award-winning role on the medical drama. She did a few guest spots on "Scrubs" and "The Sopranos" and tried her hand at movies, including "Ghost Ship," with Gabriel Byrne, and "Snakes on a Plane," with Samuel L. Jackson. Her 2008 attempt at a leading TV role, the Denis Leary-produced "Canterbury's Law," never really got a fair shot because of that year's writers strike. Only six episodes were made, and the series was cancelled before it could find an audience. Meanwhile, "ER" producers reportedly called her every season to return to the show. She came close in 2005 but ultimately declined. So her 2009 appearance in the series finale will be her first trip back to "ER" since leaving in 2000.


George Clooney as Dr. Doug Ross: Then
Doug Ross was "ER's" bad boy, a womanizing pediatrician with compassion so deep he often ignored hospital rules to do whatever it took to help his patients. During his five years on the series, he had an on-again, off-again romance with Nurse Carol Hathaway (Julianna Margulies) and lived up to his lovable rogue image on a weekly basis. Doug left "ER" at the end of Season 5 when he was once again reprimanded, this time for helping a mother administer a lethal dose of medication to her dying son. He resigned from County and left Carol behind (who was, unknown to him, pregnant with his twins), moving on to Seattle — and a major motion picture career.

George Clooney: Now
Ten years before "ER," Clooney was on a show called, coincidentally, "E/R," a sitcom starring Elliot Gould. After that came "The Facts of Life," "Roseanne," and "Sisters." But his film career would not take off until a few seasons into "ER" when he starred in "One Fine Day" with Michelle Pfeiffer. Then came "Batman & Robin," "Out of Sight," "Ocean's Eleven." We could go on and on, but you get the idea. Most recently George starred in the Coen brothers' latest film, "Burn After Reading," and he has continued his directing career with "Leatherheads." To top it all off, George has used his fame for good. As a United Nations messenger of peace, he has traveled extensively and testified before Congress on behalf of those suffering in Darfur. He even skipped the Academy Awards this year to meet with President Obama about diplomacy in the region.


Eriq La Salle as Dr. Peter Benton: Then
Dr. Preston Burke of "Grey's Anatomy" (Isaiah Washington) owes a lot to Dr. Peter Benton. After all, they are basically the same dude: an arrogant, irritable surgeon, lacking in social graces and compassion, but one so brilliant with a knife that his shortcomings are often overlooked. Peter Benton saved a lot of lives in his eight seasons on "ER," but he was known more for his girlfriends. In Season 1 he had an affair with Jeanie Boulet (Gloria Reuben), while on Season 3 his romance with Carla (Lisa Nicole Carson) resulted in the birth of his son, Reese. After that he had a relationship with Elizabeth Corday (Alex Kingston), then he ended up with Cleo (Michael Michele), with whom he moved from Chicago and off the show. Benton returned to "ER" twice after leaving the series; the second time was to attend Mark Greene's funeral.

Eriq La Salle: Now
Eriq was one of the few original "ER" cast members who had a familiar face to some viewers. Though he had not done much in his TV career, he'd played Eddie Murphy's goofy romantic rival Darryl Jenks in "Coming to America." He stayed with "ER" for eight seasons, but success eluded him after leaving, appearing in small roles in such films as "One Hour Photo" and "Johnny Was," the HBO made-for-TV movie "Rebound: The Legend of Earl 'The Goat' Manigault," and a guest spot on "Without a Trace." In the years after "ER," he directed a Season 15 episode and is set to appear on one of the final nights of the series.


Noah Wyle as Dr. John Carter: Then
Carter has had the longest tenure at "ER." He started on day one in the pilot and remained with the show for 11 seasons. He returned in Season 12 for four shows and again for several episodes in the final season. Like most medical staff, Carter worked his way through the ranks, starting as a med student without a lot of camera time, eventually being elevated to leading-man status after the departures of Doug Ross, Peter Benton, and Mark Greene. Carter was given some major story lines, including a narcotics addiction after being stabbed by a schizophrenic patient, a period working in the Congo to escape his grief over losing his beloved grandmother, and his work starting an HIV/AIDS clinic named after his stillborn baby. He left Chicago for good in Season 11 when he moved to Africa to be with his new love, Kem. His reappearance in Season 15 in an episode called "The Beginning of the End" showed Carter returning to County to work — but also as a patient getting dialysis for his one remaining kidney (the other was damaged in the Season 6 stabbing).

Noah Wyle: Now
Working for 11 straight seasons on a serial drama doesn't leave a lot of time for other projects, which explains Noah Wyle's somewhat truncated post-"ER" résumé. His most notable role since leaving the show was in 2008's "W." as Don Evans. But he has also appeared in "Nothing But the Truth," with Matt Dillon, and "White Oleander," with Michelle Pfeiffer. We're not sure what's next for Wyle, but we're guessing he'll stick with it 'til the bitter end.


Gloria Reuben as Jeanie Boulet: Then
Though possibly one of the least famous original "ER" cast members, Gloria Reuben is one of our favorites. In the middle of Season 1 Jeanie Boulet began a recurring guest spot and quickly rose through the ranks to permanent status. She had an affair with Dr. Peter Benton (Eriq La Salle) even though she was married to Al (Michael Beach). Despite her shaky marriage, she stuck with Al when he contracted HIV and passed it on to her. By Season 6, Jeanie and Al were divorced; she adopted Carlos, an HIV-positive baby, and retired (from the hospital and the show) to care for him full-time. Jeanie returned to "ER" for a guest spot in Season 14, when Carlos suffered a head trauma and she learned his HIV had progressed to AIDS.

Gloria Reuben: Now
After leaving the show in 2000, Reuben turned to her love of music, going on tour as a backup singer for Tina Turner. She recently returned to music, releasing her first solo CD, "Just for You," in 2007. But Gloria's first passion is still acting, and in the years since "ER" she has worked on the TV shows "The Agency" and "1-800-MISSING." Currently, she is starring in Steven Bochco's new legal drama, "Raising The Bar," on TNT. Outside her career, her years playing the HIV-positive Jeanie inspired her to help people living with HIV/AIDS, and she has dedicated a good deal of her time to the cause.


Sherry Stringfield as Dr. Susan Lewis: Then
In Season 1 Dr. Susan Lewis was an unassuming (read boring) resident. Her big claim to fame was being Dr. Mark Greene's (Anthony Edwards) best friend and a doormat for more assertive docs like Dr. Peter Benton (Eriq La Salle). But then along came her big sister, Chloe (Kathleen Wilhoite), an addict who gave birth to a baby girl, Little Susie, and dumped her on Susan's doorstep, only to return again and take her away, sending Susan into the arms of best friend Mark Greene. The pair entered into an awkward will-they-or-won't-they phase before Susan decided they wouldn't and moved to Phoenix to be closer to Little Susie. But wait — she changed her mind and returned four seasons later, and Mark offered her a job. She stayed at County for five more seasons, until she was passed over for a tenured position and moved on to a new job and life after "ER."

Sherry Stringfield: Now
Sherry Stringfield left "ER" in the hit show's third season despite three Emmy nominations and a five-year contractual obligation. She said she left because she wanted a "normal life," free from the daily production grind. Not only was she forced to sign a "no-work agreement" that banned her from acting in another series for the remainder of her contract, but she also walked away just as a deal was closing guaranteeing the "ER" cast millions in syndication residuals. In 2001 Sherry came back to "ER" after the birth of her daughter. After leaving for the second time, Sherry did a few films and some made-for-TV movies, but mostly she's found work in guest spots, such as her 2008 turn as a court clerk on "Law & Order."


Anthony Edwards as Dr. Mark Greene: Then
Mark Greene was "the man" for the first eight seasons of "ER." The compassionate, soft-spoken emergency room chief resident began the series married with a daughter, Rachel. When he and his wife divorced, she took Rachel to Milwaukee, and Mark's life as a single, dating doctor began. There was his unrequited love for Susan Lewis (Sherry Stringfield) and his dating and subsequent marriage to Elizabeth Corday (Alex Kingston) and the birth of their daughter, Ella. But Mark Greene's most poignant story line came when Anthony Edwards decided to move on from life on "ER," and the writers gave him an inoperable brain tumor. He died in Season 8. Mark Greene's only return to "ER" was early on in the final season's flashback episode showing how he influenced the emergency room career of a current "ER" cast member.

Anthony Edwards: Now
Edwards was pretty much a star by the time he joined the cast of "ER," with parts in "Fast Times at Ridgemont High," "Top Gun," and his leading role in "Revenge of the Nerds." But since leaving "ER," he hasn't achieved movie-star status. He made a few films, including "Northfork," "The Forgotten," and the 2007 thriller "Zodiac." Watch for him in the upcoming "Motherhood," alongside Uma Thurman and Minnie Driver. Maybe this will be his comeback gig.