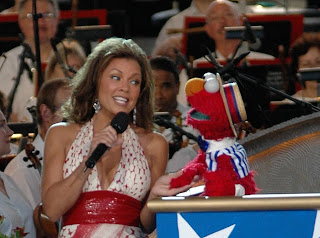 It seems that Yigal and Ashley share a publicist who thought the event would be the perfect opportunity to announce Ms. Dupré's new music career. Also in the news: gone-but-not-forgotten "Long Island Lolita" Amy Fisher, who announced her own new career as an "exotic dancer."

Reports of these girls making a go at another 15 minutes of fame got us wondering what else some of the most notorious scandal queens from recent years are up to these days.


AMY FISHER
SCANDAL: The 16-year-old girl who shot the wife of her lover in the face.

THEN: In 1992 Amy was high school student, sleeping with Joey Buttafuoco, a married man more than twice her age. We were riveted to our TV sets while she went to trial and was convicted of first-degree assault after shooting Joey's wife, Mary Jo, in the face.

THEN: Clinton had claimed, "I did not have sexual relations with that woman." But a different story unfolded over next few months, each new detail more sordid than the one before. The blue dress. The cigar. The cover-up. The affair tarnished the President's legacy and the derailed the young intern's career ambitions.

NOW: For a few years Monica tried to capitalize on her sudden fame, launching a handbag line and appearing on "SNL" and "The Tom Green Show." She even tried hosting a reality dating show, "Mr. Personality." But she ultimately moved to London, earned a Master's degree in social psychology at the London School of Economics, and seems to be doing her best to fly under the radar. We're guessing some day she'll blow her cover.

VANESSA WILLIAMS
SCANDAL: The beauty queen who was forced to resign after nude photos surfaced.

IMAGE: Ten months after making history in 1983 for becoming the first African-American Miss America, Vanessa was forced to give up her crown and retire from the pageant world when nude photos were published in "Penthouse" magazine without her knowledge or consent.

NOW: Vanessa was once quoted as saying, "The best revenge is success." Her career since the scandal has been full of Grammy, Tony, and Emmy nominations; "Billboard"-charting songs; NAACP awards; MTV Music awards; and most recently a hit TV show, "Ugly Betty." Seems like revenge has got to feel pretty good for our favorite scandal survivor.

MARY KAY LETOURNEAU
SCANDAL: The teacher who slept with her sixth-grade student.

THEN: Mary Kay was married 34-year-old teacher with four children when she first started an affair with her 13-year-old student Vili Fualaau. By the time her husband found out, she was pregnant with Vili's baby. Found guilty of statutory rape, she had her sentence suspended when she agreed to undergo sex-offender treatment and comply with an order not to see her former student. But one month later she was caught with Vili in a compromising position in his car. Her seven-year sentence was reactivated, and she went to prison, but not before giving birth to Vili's second child.

NOW: She's 47. He's 25. After courts lifted a no-contact order in 2005, the lovebirds were married in a quiet, civil ceremony covered by "Entertainment Tonight." Isn't it romantic?

HEIDI FLEISS
SCANDAL: The "Hollywood Madam" who provided call girls to the stars.

THEN: In 1997 Heidi was convicted of pandering and tax evasion in association with her Hollywood prostitution ring, which allegedly included such celebs as Charlie Sheen. Fleiss served 21 months in prison, while her clients remained unidentified and unpunished.

NOW: One made-for-TV movie, one documentary, and one sex tips DVD later, her fame has started to dwindle (unless you count those court appearances during the Tom Sizemore domestic abuse trial). But that's not going to stop her. In 2005 she announced plans to open a brothel in Nevada (Heidi Fleiss' Stud Farm), but she has been met with some not-so-surprising opposition. In the meantime, she opened a Laundromat called, naturally, Dirty Laundry. Her new business (rumored to be a ploy to establish herself as a legitimate businesswoman to get the license for her brothel) gives new meaning to the term "fluff and fold."