The Cast of "To Die For:" Then and Now 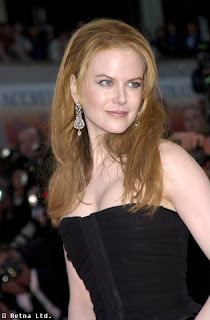 Hop into your way back machine and try to remember a time before Nicole Kidman was a megastar. Just five years into her marriage to Tom Cruise, Nic was known as the hot Aussie girl from "Dead Calm" that had married the world's most famous actor. But with "To Die For," Kidman became her own woman.

Check out Nicole, her co-stars, and director in our "To Die For:" Then and Now.


Nicole Kidman: Then
Nicole Kidman had already shown that she was sexy in "Dead Calm" and could go blockbuster in "Batman Forever," but with the part of Suzanne Stone Maretto in "To Die For" she proved that she was more than Mrs. Tom Cruise. Showing the world she was a talented actress who could play a maniacal character with a mix of humor and drama.

Nicole Kidman: Now
An Academy Award winning actress for her role in "The Hours," Kidman has two films due out in 2009: "Need" and "Nine," a musical inspired by Federico Fellini's film "8 ½." But she admits her real passion is now off-screen – her husband, country singer Keith Urban, and their baby daughter, Sunday.


Matt Dillon: Then
"To Die For" was Matt Dillon's 22nd movie (he was 31-years-old at the time) and his second with director, Gus Van Sant. Dillon had played a young thug in "Rumble Fish," a drug addict in "Drugstore Cowboy, " and a rock star wanna-be in "Singles," but as Larry Maretto he was able to show a dopey vulnerability that audiences hadn't seen from him before.

Matt Dillon: Now
Like most actors who started young, Dillon has had his career highs and lows. But Dillon was plucked from the career desert that is "Deuces Wild" and " Employee Of The Month" in a Travoltian like comeback with the Oscar nominated role of Officer John Ryan in "Crash." And while none of his follow-up roles have carried the same Hollywood street cred, he has three more chances to shine in 2009 with the releases of "Armored," "Old Dogs," and "Bone Deep."


Joaquin Phoenix: Then
Joaquin Phoenix had been working since he was a kid – first performing on the streets to help his parents pay the bills, then moving on to the obligatory "ABC Afterschool Specials" and bit parts on "Murder, She Wrote," before landing the role of troubled tween Garry Buckman-Lampkin in "Parenthood." But "To Die For" was the first film that helped Joaquin step out of the shadow of his older brother, River Phoenix.

Joaquin Phoenix: Now
We guess Joaquin has earned the right to retire early from acting. He's appeared in over 35 movies and TV shows in his 27-year career. He's suffered the perils of public scrutiny when his brother, River, accidently overdosed at the age of 23; and he's earned Oscar nominations for his roles in "Gladiator" (2000) and "Walk The Line" (2005). But will Joaquin really retire after the release of "Two Lovers" to pursue a career in rap music? Or is it just an elaborate hoax for a mocumentary as rumors suggest? We're hoping it's the latter.


Casey Affleck: Then
Besides playing a young Bobby Kennedy in the TV movie "The Kennedys of Massachusetts," Casey Affleck hadn't really done much acting before landing the role of conspirator Russell Hines in "To Die For." A string of indie roles would follow.

Casey Affleck: Now
While Casey's never become quite as famous as his big brother, Ben, he's appeared in all three "Ocean's" Movies (Eleven, Twelve, and Thirteen) and was Robert Ford in the critically acclaimed, "The Assassination of Jesse James by the Coward Robert Ford" (2007). But Casey's making headlines these days as director of the alleged upcoming documentary about his brother-in-law Joaquin's move from acting to rap.


Gus Van Sant: Then
Since his debut film, "Mala Noche," Gus Van Sant had been exploring the psychology of dark characters. But it was the sunny face he put on psychosis in the character of Suzanne Stone Moretto in "To Die For," that marked his greatest character – unusually sunny but deadly.

Gus Van Sant: Now
His shot-for-shot remake of "Psycho" starring Anne Heche in the Vivian Leigh role aside, Gus Van Sant has had a solid and eclectic career, shifting from indie gems like "Drugstore Cowboy" to mainstream films like "Good Will Hunting." His latest, "Milk," has earned him Best Director nominations for a BAFTA, a Director's Guild Of America Award, and an Oscar. And, while odds are he'll lose to Danny Boyle for "Slumdog Millionaire," Van Sant's work will go down as one of the best bio-pics of American Cinema.


Written by Amy & Nancy Harrington
Originally for GetBack.com
Posted by Pop Culture Passionistas at 10:51 AM