TV Millionaires: How'd They Get So Rich? 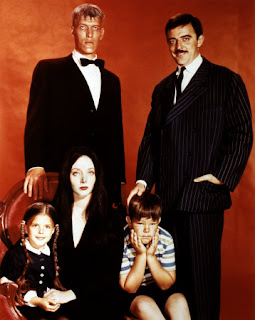 In this tough economy, it seems like everyone is reinventing themselves just to get a job. They're exploring new career paths on a quest to make money. So we looked to our favorite TV moguls for inspiration. How did Thurston Howell III become independently wealthy? Where did Gomez Addams get his funds? And how would these and other fictional millionaires fare in this dismal economy? Here's what we found out about some of TV's most affluent characters and what made them so rich.


C. Montgomery Burns on "The Simpsons"
Like most wealthy people these days, Mr. Burns' net worth has significantly ebbed and flowed over the years. While at one point he was valued at $8.54 billion, a recent assessment on "The Simpsons" stated his worth at only $996 million. Owner of Springfield's nuclear power plant, Mr. Burns uses his extreme wealth to order people around and intimidate them into doing precisely what he wants, whenever he wants, whether he's trying to fix local elections or manage pro-ball teams. Inside his excessive mansion — guarded by "the hounds" and run by right-hand man Smithers — he has many eccentric collections, including a thousand monkeys at a thousand typewriters, a human chess board, and a safe containing a Beefeater guard. Excellent!

Blake Carrington on "Dynasty"
Blake Carrington was a self-made oil tycoon and the CEO of Denver-Carrington. As a young man, Blake started out working on oil rigs, but when his first son, Adam, was born to then-wife Alexis, he vowed to become the richest man in the world. He never quite attained that goal, but at one point his net worth was reportedly between $200 million and $500 million. Not too shabby. By the time he married his second wife, Krystle, he was headed for financial troubles and transferred all his assets into her name to protect his fortune from creditors. No one knows for sure what happened to Blake in the post-"Dynasty" years, but we wonder if maybe he had been advising some of Wall Street's finest before the recession.

Scrooge McDuck on "Super DuckTales" and "Mickey's Christmas Carol"
At the top of the Forbes' richest fictional character list of 2008 sits the tightwad Scrooge McDuck, who might just be the only billionaire not to lose money in this nasty recession. Why? Because most of his wealth was in gold, which actually saw an increase in value this year. The Scottish comic book and cartoon star named after Charles Dickens' famous miser Ebenezer Scrooge, stored all his bullion in a giant money bin in Duckburg and was reported to take a swim through his coins daily. McDuck made his first millions in mining and still has the first dime he ever earned. And while he disinherited his nephew Donald because he was lazy, his great-nephews and presumed heirs Huey, Dewey, and Louie were much more enterprising and much beloved by Uncle Scrooge. According to Scrooge's creator, Carl Barks, the duck's net worth is one multiplujillion, nine obsquatumatillion, six hundred twenty-three dollars, and sixty-two cents. Forbes magazine values his wealth at a mere $29.1 billion.

Jonathan Hart on "Hart to Hart"
Jonathan Hart was TV's answer to James Bond. Despite being a self-made millionaire and CEO of the global conglomerate Hart Industries, Jonathan never seemed to work at making his money grow. He owned a majority interest and sat on the board of the company he built with $1,500 seed money, but Hart was not all that interested in the businesses of electronics, aerospace, computer programming, or shipping. Instead, we saw him and his darling wife, journalist Jennifer Hart, pursuing their hobby as amateur detectives. With the help of Max, their housekeeper and chauffeur, and sometimes their dog, Freeway (found by the couple on the side of the highway), the jet-set pair would hop in their Aston Martin or Bentley convertible and chase smugglers, thieves, and murderers just for fun. Guess that's what super-rich people do.

J.R. Ewing on "Dallas"
Oil tycoon J.R. Ewing was one of the richest and also one of the most despicable TV characters ever. Unlike Blake Carrington, his "Dynasty" counterpart, J.R. was not a self-made man. Instead, he inherited Ewing Oil from his daddy, Jock, and then proceeded to fight bitterly with his brother Bobby and his wife, Sue Ellen, to control the company and its billions. Forbes valued his net worth at $2.8 billion, but by the final episode of "Dallas," J.R. was penniless after a series of bad business dealings, and the sound of a gun firing off-camera left us wondering whether he'd shot himself in despair. Thank goodness, a subsequent reunion show revealed that J.R. only shot a mirror; after a brief foray to Europe, he came back to reclaim his business and his fortune.

Philip Drummond on "Diff'rent Strokes"
Millionaire widower Philip Drummond made his money as president of the high-powered firm Trans Allied Inc. Although no one really ever knew what it was he did, he didn't do it very often. In fact, he hardly ever left his luxurious Manhattan penthouse. Instead, he spent his days with his daughter, Kimberly, his adopted sons, Willis and Arnold, and his maid, Mrs. Garrett, whom he hired when his previous housekeeper, the boys' mom, passed away. Willis and Arnold's mom's dying wish was to have Mr. Drummond take care of her sons. Too bad that TV money couldn't help Gary Coleman out of his later real-life financial woes.

Bruce Wayne on "Batman"
When he was not masquerading at night in a rubber suit as Batman, Bruce Wayne was Gotham's most eligible bachelor. Wayne inherited his riches from his deceased parents and supplemented it with income from his multinational conglomerate, Wayne Enterprises, and was worth an estimated $5.8 billion in 2008. We were never sure why such criminals as the Joker, the Riddler, and Mr. Freeze weren't just breaking into Wayne Manor, tying up Alfred, and cracking the code on Bruce's passwords to gain access to his international bank accounts. Probably a lot easier than deep-frying Batman in vats of boiling oil or crashing black-tie affairs dressed as penguins.

Thurston Howell III on "Gilligan's Island"
Thurston Howell III was so wealthy he took tens of thousands of dollars in cash and enough clothing to last 98 episodes on a chartered three-hour tour. But where did he get his riches? Howell Enterprises, of course. In 2008 Forbes magazine valued his net worth at $6.5 billion, including his diamond mine, his railroad, and 40,000 acres of land in Colorado. But what undoubtedly made him a killing after being rescued? Coconut-radios and foot-pedaled bamboo cars. We hear he left his billions to his fellow castaways, since he and Lovey had no heirs.

Gomez Addams on "The Addams Family"
Castilian aristocrat Gomez Addams amassed his fortune with quirky investments and lots of luck. The amount of his wealth has been disputed, with Forbes valuing it at $2 billion in 2007, while the 2008 Guinness World Records put the price at only $8.2 million. Gomez himself is not concerned with such small details. Not known as being a particularly shrewd businessman, he made most of his financial decisions based on whim. Sometimes these investments paid off. Others did not. His love of blowing up toy trains led him to purchase a railroad, just so he could create a head-on collision between real steam engines. The swamp he bought because he liked the view ended up being on top of a massive oil well, and the mummified hand he just had to have was later discovered to be that of one of Egypt's ancient pharaohs. Often forgetting which companies he owned, he reportedly held shares in a buzzard farm, a tombstone factory, a crocodile farm, and a uranium mine. Now that's creepy and kooky.

Jed Clampett on "The Beverly Hillbillies"
Country bumpkin-turned-oil tycoon Jed Clampett moved his family from Hicksville, U.S.A., to Beverly Hills, California, when he discovered an oil well on his property one day while "Shootin' at some food." He bought a gigantic mansion with a ce-ment pond, a moonshine still, and a re-creation of their family log cabin in the backyard. Forbes declared his net worth at $3.6 billion in 2008. It's no wonder Mr. Drysdale would do anything to get his grubby little fingers on Jed's bank accounts.