The Golden Globes: Our Passionistas Picks 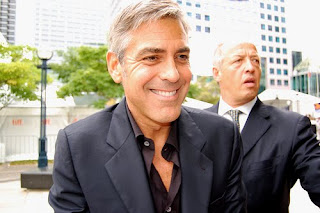 We aren't checking the odds in Vegas, and we wouldn't lay money down on our list of Golden Globe winners because we haven't picked the nominees we think WILL win, we've chosen the ones we WANT to win. And while we know in our heart that the Globes don't always go the way we hope they will, we're not sure we're emotionally prepared yet for Carey Mulligan to lose to Sandra Bullock. So as we brace ourselves for Sunday's inevitable disappointments, take a look at the people, movies, and TV shows that we'd hand out statues to if it were up to us.


Category: Best Motion Picture, Drama
Nominees:
“Avatar”
“The Hurt Locker”
“Inglourious Basterds”
“Precious: Based on the Novel Push by Sapphire”
"Up in the Air"


Passionistas Pick:
“Up in the Air”: We know that "Avatar" was groundbreaking and took in a boat load of cash, but how often does a movie capture the spirit of a time in history like our economic collapse at the moment it's occurring and so very, very well?

“Julie & Julia”: “Julie & Julia” had all the ingredients to be a hit movie. A heaping portion of America’s sweetheart Amy Adams as the blogger on a mission to whip up all 524 recipes in Julia Child’s “Mastering the Art of French Cooking” in one year. A dash of Meryl Streep as the TV legend on a culinary journey to master French cuisine. And a perfectly saccharine director, Nora Ephron, to stir it all together. Voilà.

Kathryn Bigelow - “The Hurt Locker”: Again, we know we're probably supposed to give this one to James Cameron for making one of the most complicated and successful films in history. But it's hard to overlook the fact that he's an egomaniac (do we really want another "I'm the king of the world" award show moment?), and there's such sweet vengeance in his (third) ex-wife (of five wives, mind you) beating him out for the award.

George Clooney - “Up in the Air”: Really, do we have to explain? He's Clooney.

Carey Mulligan - “An Education”: It's not often that a young actress comes out of nowhere, carries a film, and steals scenes from established actors like Peter Sarsgaard and Alfred Molina in outstanding performances of their own.

Christoph Waltz - “Inglourious Basterds”: We had never heard of this Austrian born actor before "Basterds" and although he's going to become a household name as Seth Rogan's nemesis in the upcoming action flick "The Green Hornet," he so flawlessly played this wacko Nazi, we can't really imagine him in any other role.

Category: Best Supporting Actress in a Motion Picture
Nominees:
Penelope Cruz - “Nine”
Vera Farmiga - “Up in the Air”
Anna Kendrick - “Up in the Air”
Mo”Nique - “Precious: Based on the Novel Push by Sapphire”
Julianne Moore - “A Single Man”

Vera Farmiga - “Up in the Air”: Her co-star Anna Kendrick has already scooped up a couple of awards for the take-off/lay-off movie but Vera Farmiga's performance was so seductive, that she was able to deliver one of the best movie twists of the year (and that's all we'll say about that).

Robert Downey, Jr. - “Sherlock Holmes”: We're going with RDJ partially because we love him to pieces and partially because we think everyone else on this list, their movies, and their performances were pretty overrated (sorry, guys). Plus Downey got robbed in 1992, when the Foreign Press gave the Globe to Al Pacino for his ridiculously over the top performance in "Scent of a Woman" instead of him for his brilliant role in "Chaplin." Booyah.

Meryl Streep - “Julie & Julia”: Meryl Streep didn't play Julia Child. She channeled Julia Child. And for that, her performance will go down in history as the second best Child impersonation after Dan Aykroyd on "SNL." "Remember, save the liver."

“Inglourious Basterds” - Quentin Tarantino: QT would have had our vote for Best Director, too, if it wasn't for all those time period crushing groovy graphics that sucked us out of his otherwise well done Nazi pic. But, for the nail biting opening scene alone, he deserves some praise.

Category: Best Animated Feature Film
Nominees:
“Coraline”
“Fantastic Mr. Fox”
“Cloudy with a Chance of Meatballs”
“The Princess and the Frog”
“Up”

“Coraline”: This was a very close call considering how much we also enjoyed "Up" but when it comes down to the wire like this, we're always going to go with stop motion animation over CGI. Especially on a film like this where there was an actually employee who's only job was to knit tiny little sweaters with hair-thin knitting needles. You can't do that on a PC or a Mac.

"Broken Embraces": Okay, we admit that "Embraces" isn't Pedro Almodovar's greatest movie. But even when he's not at his best, he's still better than most and, frankly, we don't want to live in a world where Pedro isn't showered with praise at every possible opportunity.

“Mad Men”: For a long time now we've wondered why we wait anxiously each week for a new episode of "Mad Men." The aloof characters and their questionable ethics are often hard to connect to. And we feel like we reek of booze and cigarettes at the end of each hour. Still on Sunday afternoons, it seems like 10 pm will never come. This season everything finally clicked for us and as the winds of change in the early '60s started to take their toll on the execs at Sterling-Cooper, we gloried in the chaos of all hell breaking lose - runaway lawn mowers and the JFK assassination included. Season four seems like it's years away.

“Modern Family”: We love TV and every year we get hooked on a new show or two. This season we were convinced that "Glee" was going to be our hands down favorite. And we do love it so very much. But decades from now, when the entertainment experts of the future are making lists of the greatest shows of all time, we honestly believe that "Modern Family" will have a slot alongside "The Mary Tyler Moore Show," "All in the Family," and "The Dick Van Dyke Show."

Jon Hamm - “Mad Men”: For three seasons we watched the uber-controlled Don Draper walk robotically through his stressful life, high pressure job, and relentless, self-destructive affairs. This season we finally saw Don crack under all the pressure, and when he finally grabbed his ever-so-annoying wife Betty and pushed her aside (literally and figuratively), we thought this is the moment we've been waiting for all these years. In an instant, Jon Hamm proved that he wasn't just a ridiculously handsome face, but an award worthy actor as well.

Anna Paquin - “True Blood”: Even though we were slightly annoyed that Sookie Stackhouse didn't jump at the chance to accept Bill's marriage proposal in the season finale of "True Blood," we understood her apprehension at committing to life with a bloodsucker who couldn't be around in the day to wait for the cable guy. But we love Anna Paquin because she plays the conflicted part with the perfect mix of bewilderment and bravado.

Alec Baldwin - “30 Rock”: When Alec Baldwin was a big screen leading man in action movies and dramas we weren't really fans. Then we got a glimpse of the funny side of Baldwin on "Saturday Night Live" (with his Schwetty Balls and Charles Nelson Reilly impression) and we finally got it. Now every week, we get to bask in his flawless timing and spot on delivery as Jack Donaghy on "30 Rock." We love Tina Fey, and we know she knows this, but she really does owe all those Emmy's to Alec.

Lea Michele - “Glee”: Broadway fans were well aware of Lea Michele for her Drama Desk Award nominated role of Wendla in "Spring Awakenings." But for those that didn't know her, discovering Lea was a real treat. She's a great actress. And at 23, her voice rivals that of Broadway legends and pop stars alike. Not only can't Courteney Cox carry a show on her own, we'd venture a guess that she can't carry a tune either.

“Grey Gardens”: If you've never seen the original documentary "Grey Gardens," you have no idea what an incredible job the filmmakers and actors did recreating the ramshackle existence of Big and Little Edie Beale. Watch them back-to-back and you'll be truly impressed.

Kevin Bacon - “Taking Chance”: If you think about all the movies Kevin Bacon's been in and all the actors he's worked with, he has been at least six degrees away from winning a Golden Globe (not to mention an Oscar, an Emmy, and a SAG Award) so many times it's not possible to count. But the highest honor the actor has ever been given is the 2001 Blockbuster Entertainment Award for "Hollow Man." We are begging the Hollywood Foreign Press to please give the outstanding actor the credit he deserves. If you can’t do it for Kevin, then do it for Chance. Isn’t that what the movie taught us after all?

Drew Barrymore - “Grey Gardens”: Since Jessica Lange won the Emmy for her role in "Grey Gardens," we think it's only fair to give the Golden Globe to Drew Barrymore. One performance would not have been as good without the other.

Michael Emerson - “Lost”: "Lost's" Benjamin Linus, is one of the greatest TV villians of all time. On a show where everything is uncertain, one thing is for sure, Ben is creepy and evil and we have Michael Emerson to thank for that. He already won an Emmy for the role but we think he deserves a Globe to share the shelf.

Jane Lynch - “Glee”: If ever there was an underrated actress in Hollywood, it was Jane Lynch. The queen of dry delivery in such films as "Best in Show" and the "40 Year Old Virgin," stands out even in a cast of scenery munching comedians. But with the role of sinister gym teacher and Cheerio's coach Sue Sylvester on "Glee" the Award givers (if not the world) have finally taken notice. We wonder as Sunday's show draws closer if Lynch lives by her glory thirsty alter egos words, "Never let anything distract you from winning." We don't think she has anything to worry about. No one deserves it more.