Casting for America's Next Great Restaurant 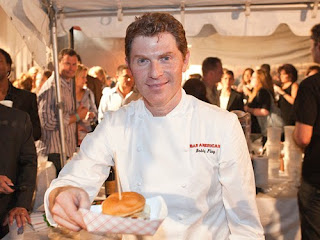 http://www.flickr.com/photos/tomcensani/ / CC BY-ND 2.0
Do you have a great idea for a restaurant but don't know where to start? Why not try a TV show? A new reality series, America's Next Great Restaurant, is holding an open casting call from March 19 through April 5. But they are only stopping in eight cities nationwide.

) is selecting a cast for their next TV adventure, America's Next Great Restaurant. Everyone with an idea for an eatery (no matter what their level of experience or how far they have taken their business plan) can come pitch their vision to a panel of judges.

, Food Network star and griller extraordinaire, will head the panel made up of big names in both the culinary and business worlds. Adding an interesting twist, as the Magical Elves usually do, the judges have an enormous stake in the success of the victor. They will be investing their own money into the winning concept in an attempt to make it the next big nationwide restaurant chain.

During the open call, the panel will pick finalists who will go on to compete in a series of challenges to determine the owner of America's Next Great Restaurant. NBC says they intend to "make the American Dream come true for someone out there."

Think you have what it takes? Then get yourself down to New York, Raleigh, Nashville, Columbus, Chicaho, Kansas City, Denver, or Burbank this week to audition. Interested participants must pre-register at the NBC website. Everything you need to know is there.

And if you can’t make the auditions, follow the progress on Twitter @magicalelves or at the show's website NBC.com/americas-next-great-restaurant.
Posted by Pop Culture Passionistas at 2:00 PM