Part One of Our Four Part Interview with Bryan Batt 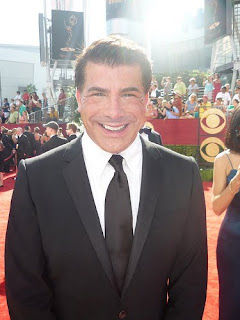 . But if you read his new memoir She Ain’t Heavy, She’s My Mother: A Memoir

, you’ll find that there are many sides to Batt.
Yes, he’s an accomplished TV actor. But the New Orlean’s native is also a Broadway musical star, an interior designer, the co-owner of Hazelnut New Orleans home décor store, an activist, and, now, an author. Plus, he’s a really nice guy who loves his mother.
We had the good fortune of talking with Batt recently about his heart-warming and hilarious book, which tells his story growing up with a fabulous and supportive mother in the Big Easy. In She Ain’t Heavy Batt chronicles what it was like to grow up with a creative flair, to struggle through his parents’ sometimes rocky relationship, and to keep his square jaw up through his mother’s ongoing battle with cancer.
If you haven’t picked up a present for Mother’s Day yet we couldn’t think of a more perfect gift


Will She Ain't Heavy, She's My Mother make it to the big screen or Broadway stage? Read more of our interview with Bryan Batt to find out.
Posted by Pop Culture Passionistas at 2:00 AM