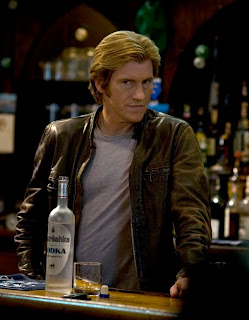 When we last saw Tommy Gavin, he lay bleeding on the floor of the firemen’s bar – gunned down by his Uncle Teddy. Now, we’re sure this doesn’t require a spoiler alert, but Tommy’s back on his feet at the start of Season 6 of Rescue Me, which airs tonight at 10:00 PM on FX.

The second to last season of the super hot drama promises to live up to past episodes. Tommy and Janet are trying to sort out their relationship – with the added complication of one of Tommy’s firehouse buddies being in the mix (we won’t tell you who – that would be a spoiler for sure). The recession is hitting the gang and their not-so-by-the-book antics is making them a target of budget cut scrutiny.

Sadly, Michael J. Fox won’t be back as Janet’s boyfriend this season. But Maura Tierney will return as Kelly McPhee before going off to star in her own new legal drama series The Whole Truth.

Check out our Rescue Me slideshow at Examiner.com.