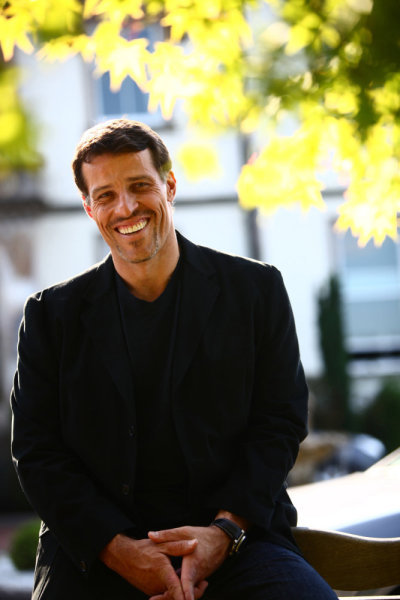 
Think you're having a bad day? Believe us, we get it. Money troubles, relationship woes, these are hard times. And sometimes life can be so stressful that you just want to curl up in a ball and start again tomorrow.

Luckily, self-help guru Tony Robbins is on hand with a brand new TV series called Breakthrough. And he wants you to know that everything's going to be okay... as long as you're willing to do a little hard work to change your life.

The motivational speaker, who's advised everyone from the guy next door to Bill Clinton, has been approached for many years about filming a reality show. In fact, he did shoot one that he later scrapped. So why has Tony finally decided to come to your TV screen?

In a recent interview, we asked Tony we asked him just that. Se what he has to say in this exclusive video clip: