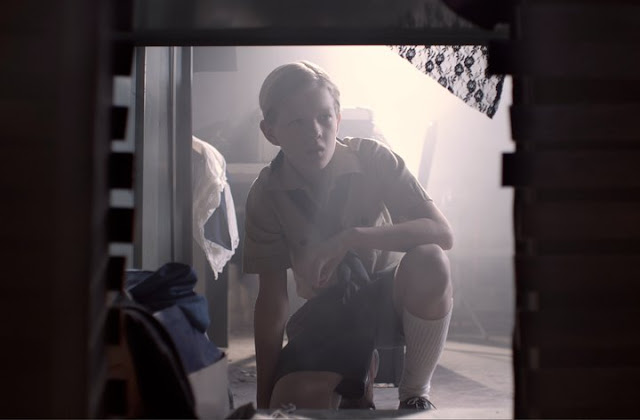 
Porcelain Unicorn is a short film directed by Keegan Wilcox, that packs a big punch into three minutes. It spans half a century and with very little dialogue tells the story of two young children in war torn Germany, who find common ground through a small trinket.

fame). The winner will get to work for one week at one of Scott's offices—a dream come true for any aspiring director.

The Parallel Lines YouTube page displayed hundreds of entries and viewers voted for their favorites. Porcelain Unicorn has made it all the way to the top ten semi-finals, and by Sunday viewer votes will determine the final five. At that point Ridley Scott himself will chose the winner.

When asked what winning would mean to him Porcelain Unicorn's producer Anselm Clinard said, "I've never worked so hard as I did on this film. It took everything I had as a producer to work within the challenges of the contest, and to bring all of the elements and creative talent together within our meager budget to ultimately achieve director Keegan Wilcox's vision."

It would be a particularly sweet victory to Clinard because he has long been an admirer of Scott's work. He revealed, "Blade Runner was the first film that really altered me after watching it. It still does. And to be chosen as his favorite in this competition would be the greatest acknowledgment of my work as a producer to date. It would also be an acknowledgment of all of the people, cast, and crew who gave so much of themselves to make this film."

You can do your part to make Clinard's dream come true by visiting the Philips' site. Click on Porcelain Unicorn and give it a green "thumbs up." The winner will be announced the week of September 21.

For other indie film stories check out:
Want to Hire Matt Damon, But Can't Afford Him? Here's Your Guy
Igor Choromanski's 'nstaCharge Charges into the Future
Posted by Pop Culture Passionistas at 2:00 AM