Brad Pitt Rebuilds New Orleans One Eco-Home at a Time 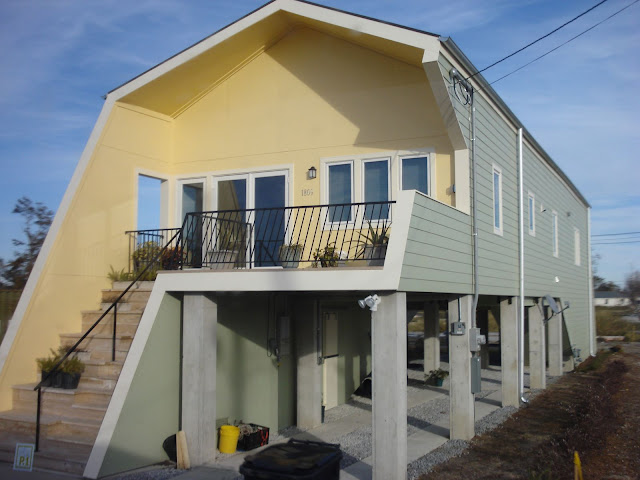 Brad Pitt has been in the news a lot this week, but not for his latest movie premiere or even for rumors about his marriage to Angelina Jolie. Pitt has been in New Orleans during the five year anniversary of Hurricane Katrina.

It's not the first time, and it won't be the last, that the actor has visited the city devastated by several disasters in recent years. Pitt and Jolie own a house in the area that Pitt adopted the Bg Easy as a second home after filming Interview with the Vampire

After the hurricane in 2005, he founded the Make It Right Foundation and has worked tirelessly to rebuild the area hardest hit by the floods, the Lower Ninth Ward.

To date Make It Right has built almost 50 eco-friendly houses from the ground up. The goal is 150. And these aren't just cookie-cutter, boring, boxy homes. Pitt hired renowned architects to design custom tailored sculptural masterpieces for those who needed them most.

In addition to being green (using the latest cutting edge building materials and technologies), the homes are built on eight-foot elevations with roof escape hatches in case of another disaster.

Melba Leggett Barnes, the recipient of one of Pitt's homes, told Radaronline.com, "He has given me a house that I will be in until I die and I will be forever grateful for that."