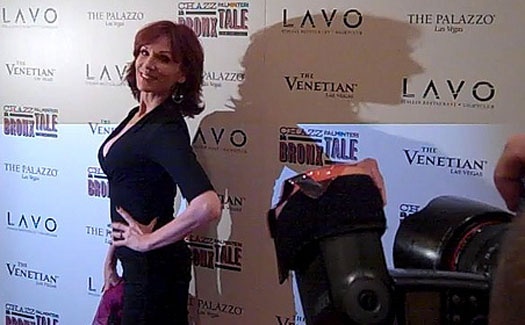 You might know her best as Elaine from Taxi

or Ava from Evening Shade

, yet the days of Tony Danza and Burt Reynolds are far behind her. But don't think Marilu has been sitting around twiddling her thumbs since those '80s sitcoms went off the air.

. From 2000-2002 she created the critically-acclaimed role of Lee Green in The Tale of the Allergist's Wife on Broadway. Now she is performing as Lee again at the La Mirada Theatre in La Mirada, California. On her website, she says, "I’m very excited to be reprising my Broadway role."

And as for staying busy, her bio says she is an "actress, author, health guru, talk show host, producer, entrepreneur, director, dancer, singer, comedienne, model, and, most important, wife and mom!" With thirty films, two hit TV shows, six Broadway plays, 2000 talk show appearances, and eight books on living healthy, Henner has a lot more to be remembered for than her sitcoms from long ago.

The Tale of the Allergist's Wife premieres October 1 and runs through October 17. Tickets range from $35 to $50. For more details visit the La Mirada website.


For other theater stories check out:
Brooke Shields in Broadway Bound Musical at the Ahmanson
A Wither's Tale Brings Pop Culture to Shakespeare