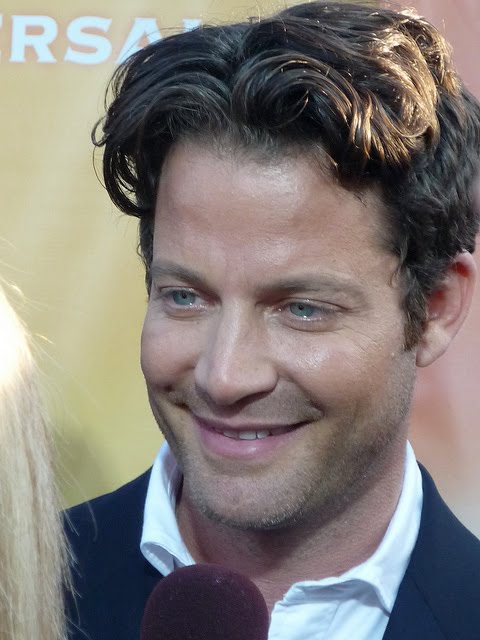 Every once in a while, the Queen of Daytime Oprah Winfrey blesses someone with her stamp of approval. Thanks to the big “O” authors, chefs, “doctors,” and even politicians have risen to the top of their games. Yes, without her, would we really know that much about James Frey, Rachel Ray, Phil, and Obama. We doubt it.

For many years, Oprah’s go to design guru has been Nate Berkus. As a result, Nate has become a household name, too. And now, as Op is kicking off her final season in daytime, Berkus is starting a chat show of his own.

So, one might wonder why it took so long to jump on the Winfey-spinoff bandwagon. A simple answer, Nate seems to go with the flow as is evidenced by his initial association with Lady O. He explained, “First of all for me what happens more often than not and what feels right to me more often than not is when things happen organically. And my participation as a contributor to the Oprah show happened because I met a producer by chance at an art gallery and we started talking and that led to me doing a makeover and it resonated for Oprah and for the audience and for me.”

As for his new show, he continued, “So I was not in a rush to do this. I wanted to do this really in a way that felt like the right way for me because I was very happy with my role on the Oprah show. And I think that the timing is great right now because there’s always been so much interest in people’s homes and always been so much interest in living well but I’ve had years to prepare for this.”

He’s obviously had time to line up some great guests, too. He revealed who to expect on the early episodes, “Speaking to the launch week… Dolly Parton is going to be a part of the show on [Wednesday], September 15. And then Friday the 17th, which I’m not sure if this is of any interest to any of you but it happens to be my 39th birthday, Elizabeth Edwards and I are together on the show as well.”

And as for Queen Oprah? He made it clear, “If there’s something that makes sense for the show, my door’s of course, always… open. She’s always welcome. But Oprah, I know, is ready for me to have my show. She wants this show to stand on it’s own. So if there’s an opportunity that works out and we feel it’s a good fit then by all means.”

Instead, designer Berkus, has an unusal sidekick. He told us, “The role that the set actually plays on my show is almost like another character.” So he and set designer Jeff Hall worked together to create something special.

He described his co-star saying, “I wanted the set to feel like somebody was walking into my home everyday… so it’s very fresh. It’s not like a fake home set with a staircase that leads to nowhere and books no one’s read. But it’s a mix of vintage and new things. It’s going to change up periodically as I become interested in different things that are happening in the world of design. But it’s definitely different than anything that’s out there.”

And to add to that homey feeling, Berkus’ put his mom in the act. She’s already blogging on his official site. And she’ll play a role on the series. Although Nate said he’s still not sure what that will be exactly. “We’re still trying to figure out how significant that role will be but she’s done some shooting for me in preparation for the launch of the show.” But he did let us know that viewers will “see the tension between my mother and I as much as that’s… a great relationship with my mom but we’re like fighting on camera.”

Sounds like Nate’s going to be a bit vulnerable in front of the cameras. So how did Oprah prepare for all of this? Berkus seemed to channel his former boss when he explained, “I learned to always speak my truth, I learned to remain authentic and I learned to listen before I speak.”