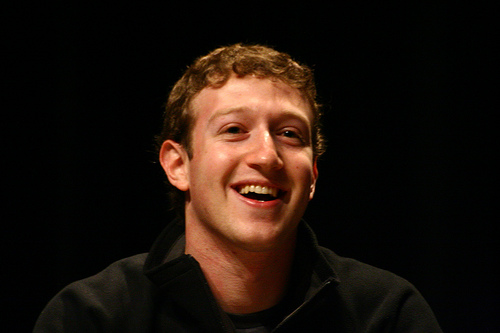 
During the past seven days a social networking genius gave big to a social cause, Steve Colbert got the call for an ice cream smackdown, and a Titanic star launched a charity of her own. Here are this week's most inspirational pop culture moments.

Mark Zuckerbrerg Gives Big to a Social Cause

Maybe he’s just trying to get a jump on the inevitable negative PR he’s going to get after The Social Network premieres next week. After all, Facebook founder Mark Zuckerberg has had a lot of cash burning a hole in his pocket for a while now. But today, just one week before the film that chronicles the creation of, well, THE social network to end all social networks, comes news that the 26-year-old will be donating $100 million to Newark schools.

The official announcement is due today, when Zuckerberg appears on The Oprah Winfrey Show. But the New York Times leaked the info yesterday as part of a story that the young CEO is now the 35th richest person in America with a net worth of $6.9 billion dollars according to Forbes magazine.

So giving $100 million dollars for him is kind of like giving a $100 for the rest of us. It’s still a nice gesture, especially considering that it’s just an initial step in establishing a foundation that’s geared to improving the education system.