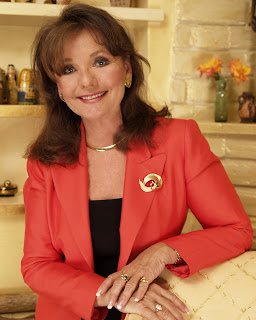 We always considered ourselves way more of Mary Anns than Gingers. Down home girls. Jeans and checkered shirts not sparkly evening gowns. More cute than pretty. So when we heard we were going to get the chance to talk to the Gilligan's Island

star, we were thrilled. And of course getting to speak with her the same night as Kathy Garver (Family Affair

) and Alison Arngrim (Little House on the Prairie

But why were the three doing a book signing together? Apparently the stars of TV days gone by know each other from various autograph signing shows and retro TV reunion specials. So when Kathy Garver wrote The Family Affair Cookbook

, she asked Dawn to contribute the forward.

Dawn told us, "She came to me and said 'Would you be interested?' And I said, 'Well, I love cookbooks.' So I did it."

. She was signing copies of that as well.

We asked what her favorite recipes from the memoir were and she said there were four, mostly family favorites from her mother and grandmother. "My mother was a genius," she exclaimed.

The first was Weenie Linguini (Italian sausage, not hot dogs), then Seesaw Coleslaw (with peanuts and blue cheese), followed by a Turkey Casserole (featuring Thanksgiving leftovers, tortilla chips, and chili peppers). Finally she told us she loves the Mary Ann Birthday Cake.

She told us, "My mother and I were born the same day. From the time I was little, I got the birthday cake once a year from her. If I was in college it came UPS. At 91 she said to me, 'I think you better learn to make this yourself.'"

And though she hasn't written a book since 1993, Dawn has a new idea in the works. She says she wants to write a dialogue between Mary Ann and Dawn. She thinks it will be a guide for today's young girls.

She pondered, "Where did Mary Ann go? What would Mary Ann say? There is no Mary Ann today. There's no young virgin. There's no young girl with good values... So where are those values? Are we losing them? 80% of the men I meet say, 'I married a Mary Ann.' Where are they? That girl worked hard. Would have been fair. Cooked and cleaned. Cute. All of that. Where are they? It's all drugs and partying and all of this now. Have we lost her?"

She went on to describe a conversation that might take place between herself and her iconic character about retirement. She related, "Mary Ann would say, 'I want to go to Kansas, and I want to sit on the front porch and smell the lilacs and watch my grandchildren playing on the lawn and have an iced tea and watch the sunset.' Dawn says, 'Mamet's opening a play on Broadway. I wonder if I can get in on the first [run]... and I wonder if Southwest is better...' May Ann says, 'Do you ever think of smelling the roses?' So she has something to teach me, too."

Dawn also revealed that there is a Gilligan's Island movie in the works, but neither confirmed nor denied a cameo appearance.

She went on to say that the producers are in fact going to treat the television legends with respect and it will be a family show. But, she was mum about any casting ideas.

Dawn is grateful for her legendary TV role, and talks about Mary Ann often and fondly. But she doesn't live entirely in the past. Her latest moment in the spotlight? She says "Google Dawn Wells Potato. 11,000,000 hits... on how to peel a potato." Wonder if she learned this on the Island with Gilligan? Watch it below, you will be amazed.

For more of our interview with Dawn Wells, Kathy Garver, and Alison Arngrim check out:


Our Interview with Mary Ann, Cissy, and Nellie


Kathy Garver is Cooking up a Family Affair