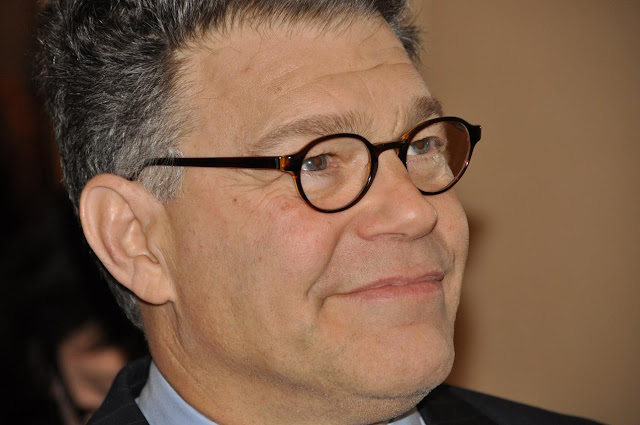 In honor of Election Day, we are casting our votes for the best pop culture politicians of all time (based solely on kitsch-factor, not on any political views). From a WWF wrestler to a late night comic, actors turned elected officials have become quiet commonplace since Ronnie blazed the trail back in the '60s.

Who is your favorite Pop Culture Politician and who would you like to see run for office next?

10. Ronald Reagan
Ronnie is the granddaddy of actors turned elected officials. The Gipper became Governor of California in 1967 and President of the U.S. in 1981, paving the way for pop culture politicians for decades to come.

9. Arnold Schwarzenegger
The Governator is serving out the end of his second term as the head of the state of California. And since his Austrian origination prevents him from running for President, it looks like it's back to Hollywood for Arnie. Can you say Terminator

8. Al Franken
It took seven months of recounts and lawsuits to become official, but the Saturday Night Live

alum finally became Senator of Minnesota in July 2009. He's good enough. He's smart enough. And doggone it, people like him.

7. Clint Eastwood
Clint made a lot of people's days when he was elected Mayor of Carmel, California in 1986. He only had a few items on his agenda in his two-year term as head of the Oceanside town—change regulations for renovating properties, open a children's library annex, save the Mission Ranch from destruction, and overturn an old law to make public ice-cream eating legal again.

6. Fred Thompson
There's sort of a chicken and egg thing going on with Fred Thompson and politics. He did not become an elected official until he won the Tennessee Senate seat in '94, but his political career goes as far back as the days of Tricky Dick. In 1973 Fred was appointed minority counsel to the Senate Watergate Committee. Somewhere in between, Thompson got the acting bug making appearances in films like No Way Out

. In the last few months of his second U.S. Senate term, he joined the cast of Law & Order

, but quit the show to make an unsuccessful run for President in 2008.

5. Shirley Temple
After her "Goodship Lollipop" washed ashore and her child star faded, the banana-curled actress/singer turned to a life in politics. She was appointed U.S. Ambassador to Ghana by President Gerald Ford in 1974 and U.S. Ambassador to Czechoslovakia by George Bush Senior in 1989.

4. Jerry Springer
Jerry's political career as Democratic Mayor of Cincinnati in 1971, almost came to an abrupt end after he admitted to hiring a hooker. But even then his fans loved a good controversy and he won re-election in 1975. He was not as lucky in his bid for Governor in '82. And so, his journalism career took front and center.

3. Jesse Ventura
WWF wrestler Jesse "The Body" Ventura became Governor of Minnesota in 1998 running as an Independent and member of the Reform party. He served just one term, not choosing to run for re-election. Apparently his wrestling motto, "Win if you can, lose if you must, but always cheat!" did not translate too well to politics.

2. Sonny Bono
Half of the popular '70s act Sonny and Cher gave up show business and entered the political arena in 1988 when he became Mayor of Palm Springs. The story goes he ran for office because he couldn’t get his restaurant opened in the dessert town. A few years later he became California's Representative in Congress until his political life was cut short by a tragic skiing accident in 1998.

1. Fred Grandy
As the ship's purser, Gopher from the Love Boat

was in charge of the vessel's finances. So it only makes sense the next logical step for Fred Grandy would be to run as the Republican Representative from Iowa. Grandy served four terms in Congress from 1987 to 1995 winning eight "Watchdog of the Treasury" awards. Coincidence? We think not.

For other political pop culture stories check out:
A Celebrity Reminder to Vote: It Only Takes Ten Minutes
The Saturday Night Live Presidents Return