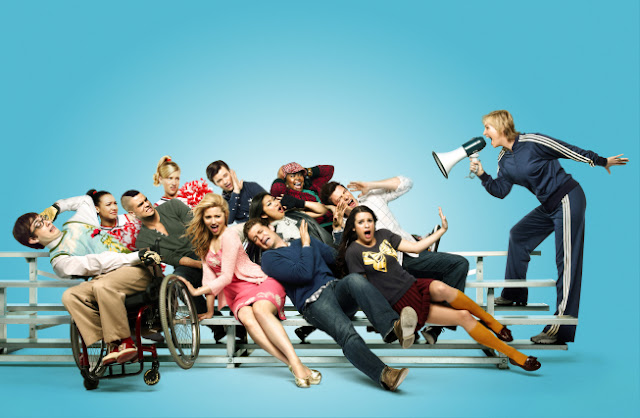 Have you ever dreamed of being a cast member on Glee? Well you'd better book your flight to either Dallas or Chicago right away. The producers of the hit Fox series have teamed up with Oxygen for an American Idol meets Grease: You're the One That I Want reality TV series. Starting in December, they are holding casting calls for a new talent competition show that will feature wanna-be Gleeks vying for a recurring role on season three of Glee.

Open auditions are being held in Chicago on December 18 and 19 and in Dallas on January 8 and 9. Glee's casting director Robert Ulrich is looking for quadruple threats. You need to sing, dance, act and have a big personality. Plus you need to be over 18 but look under 18. In other words you have to pass for a high school student.

Musical theater experience is helpful but not essential. They are looking for raw talent like they found in Chris Colfer, who had never done a professional acting gig before being cast as Kurt Hummel.

If you are chosen from the open auditions, you will appear on the new Oxygen series The Glee Project, set to air in June 2011. The winner of the reality show will be awarded a multi-episode guest starring role on Glee.

Hopefuls should pre-register at gleecasting.com. You will be asked to talk about your time in high school, if you liked your high school experiences, what clubs you participated in and why you think you have what it takes to be a Glee cast member.

You will also need to prepare a song from a pre-approved list, which includes a wide array of genres like Jordin Sparks' "No Air,"  Joan Osbourne's "One of Us," Dreamgirls

' "And I Am Telling You I'm Not Going," Poison's "Every Rose Has It's Thorn," and "To Sir, with Love" from the movie of the same name.

So get your best Gleek on and break a leg.


For other Glee stories check out:
Glee Season 2 Premiere Lives Up to the Hype
Katy Perry, Paul McCartney, and Javier Bardem on Glee?