Adam Malamut and the Rise of the Bread People 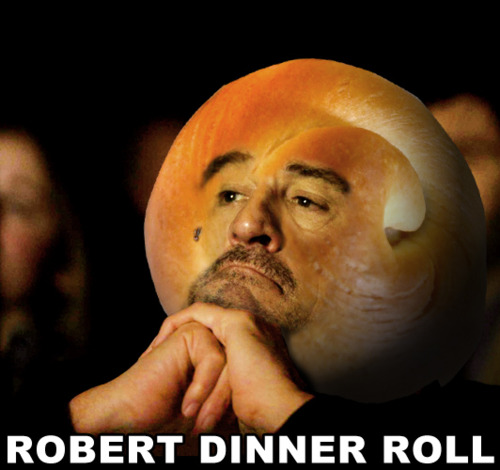 All photos courtesy of Adam Malamut at Bread People

We always wonder how some ideas come to fruition. Take for example the website Bread People. At some point there was a guy who had a little bit of time on his hands, the necessary photoshop skills and an idea… a simple but brilliant idea.

That guys name is Adam Malamut. And his concept is this, what would famous people look like if their heads were made of bread? And with that Bread People was born.


(Continue reading and see more Bread People after the break) 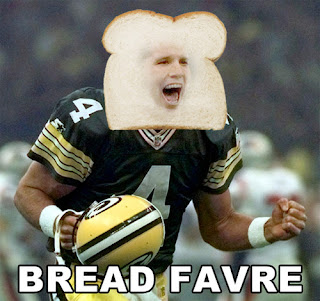 From there, Malamut has been on a mission, to create a site that “provides pictures of bread celebrities for you to look at.” Beautiful in it’s simplicity.

Among the stars and world figures he has transformed into toasty creations include Don Garlic Knots and Benicio Del Churro. 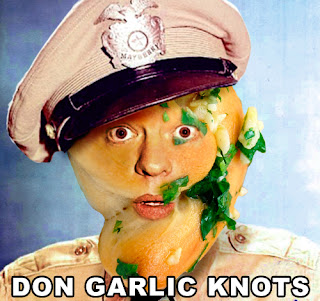 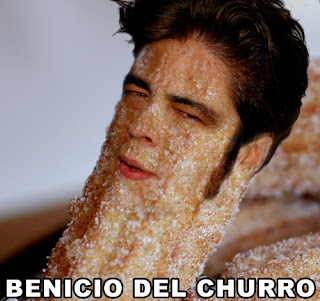 Our personal favorite is Challa and Oates. 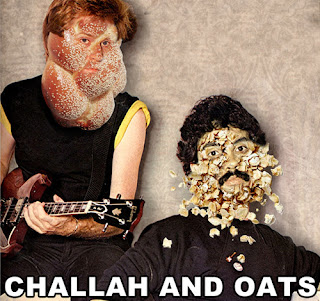 In a recent interview we asked Adam how he came up with the idea. He told us, “For some reason I thought it would be funny to make Brett Favre as 'Bread Favre' because it popped into my head. So I made it and put it up on my random blog. Then I thought, 'What if I did a whole blog for this? That would be pretty stupid.'”

But as the internet proves time and time again, it’s a fine line between stupid and clever. And Adam had seen viral success manifest itself a few times already. He explained, “It was sort of a tongue-in-cheek one-note Tumblr blog as a response to three of my friends getting Tumblr book deals.” His friend Joe Mande created Look at This F*#king Hipster. His buddy Dave Horowitz created Deal Breaker and another friend created Crap at My Parents House. He continued, “All three have gotten real deals — Deal Breaker is getting a show! So I was like, 'I'll make bread people and see what happens.' And somehow it blew up.”

But don’t check your local listings for Bread People the Animated Series just yet. Malamut pointed out, “Nobody has approached me for book deals or anything exciting, probably because I don't have the rights to the photos I shop. But even though I've made no money, it's really fun and people love it, so that's more than I expected and I enjoy seeing all the responses.”

We think if he could get some of the icons he’s paid homage to on board, they might help push the concept up the ladder. So far, the stars have not come calling. And Adam, wisely, seems okay with not hearing from some of his muses. “Hopefully I don't hear from Osama Bin Laden and I probably won't hear from Joseph Stalin or Ted Bundy.” 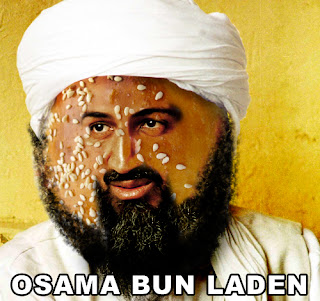 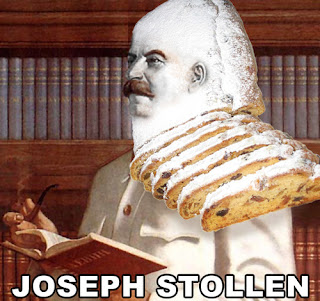 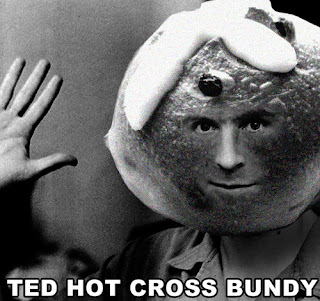 But he remains optimistic, “I should hear from Obama or Stephen Hawking any day now.” 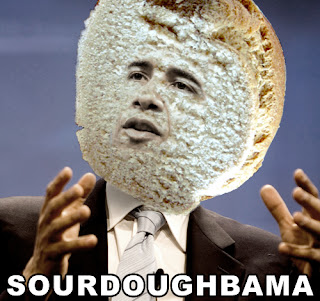 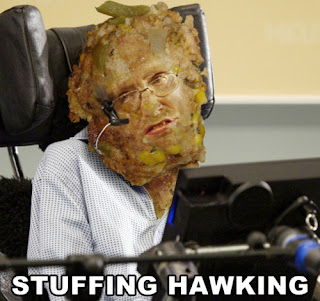 And if these unleavened creations have raised some thoughts in your head, you should let Adam know. He’s happy to collaborate. “I create them all myself, though I take suggestions for names. I've been using mostly suggestions lately, because it's easy and people get excited when I make their request. I always do the Photoshops though.”

The 27-year-old native of Cherry Hill, New Jersey, now lives in Los Angeles. And when he’s not baking up Bread People, he’s cooking up ideas for animated projects. And according to Adam, he’s got a lot in the oven, “I'm an animator/writer. I'm right now working on an original animated cartoon series I'm creating for atom.com, and am currently developing some shows for television. I've written for some small TV shows (Reality Binge, Smash Cuts, Pictureka, etc). I can't really focus exclusively on Bread People because I've only made a few bucks from the one ad placement on my site. Also, I've only sold a few items from store... to myself. Currently, I believe I'm the only person sporting a Mr. Tea Biscuit shirt.” 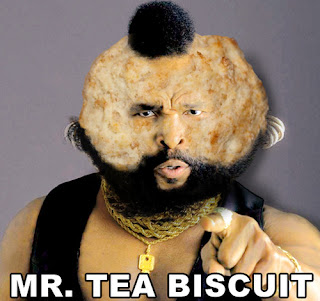 We pity the fools that don't have a Mr. Tea Biscuit shirt.

But enough about Adam, what about the Bread People you might ask. The site’s FAQ page can answer all of your questions about the yeasty personalities. For example, you might ponder how long Bread People live. According to the Tumblr blog, “Bread People generally live between 7-15 years. The two main killers of bread people are ingestion and mold age.”

As for whether or not bread people eat each other, they say:

“Though there are rare occasions of cannibalism between Bread People, this act is punishable by death in most bread people societies. However, the Carpastryians [a race of bread people from the planet Starchia] are more prone to eat one another (and Bread People) and this is an all-to-common occurrence in [the dessert city] Dessertia.”

We don’t care how it came about or what the true mythology of carb-centric creatures is… we just hope they keep ‘em coming. And may we suggest... Carrot Muffin Top.
Posted by Pop Culture Passionistas at 2:00 AM